You are here: Home / Inspiration / You Never Know 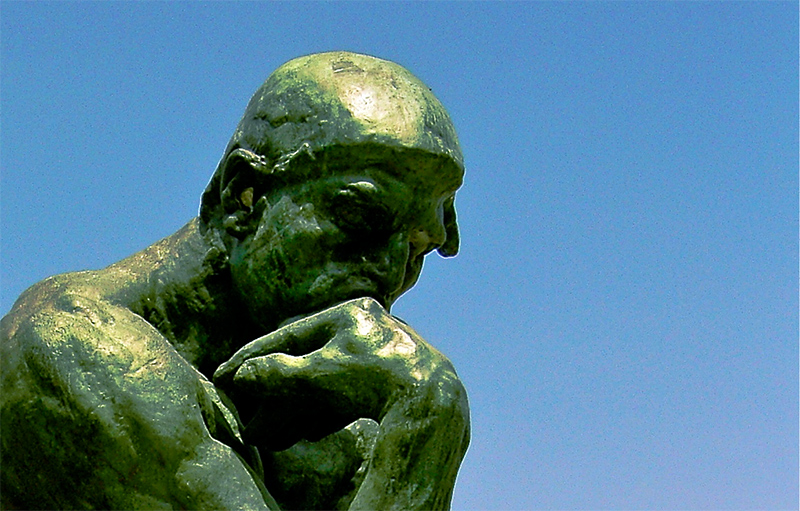 I listened to Marc Maron’s interview with President Obama on Monday.

If you’re not familiar with Marc Maron, here’s a quick version: a stand up comic busts his ass, hosts a show on Comedy Central, but never gets the breaks other comics around him seem to get. Throw in a struggle with addiction, and Maron wandered away for a while as a very bitter guy. Then one day he decided, “Know what? I know enough people…I’m going to do a podcast. Interview people…just real, sit-down talks. No press junket BS — just deep conversations about things that matter…”

Through the success of his show, he got back to regular stand up comedy, ended up with his own television show, and last Friday he interviewed the President Obama. (It went live on Monday.)

There’s a moment in the discussion when Maron talks about how nervous he was leading up to the interview…how bizarre the whole thing seemed to him. Obama mentions that if someone told him in his late teens/early 20s that he would be sitting down — as President of the United States — with a comedian, doing an interview in the guy’s garage just blocks of where Obama lived when he came to the mainland from Hawaii, that he wouldn’t have believed it, either. 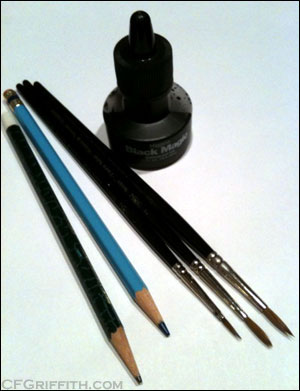 Of course, it’s easy to say, “Well, Maron may have been down, but he was known by people. As for me — I’m a complete nobody!” There may even be some truth to that. But I’ve seen cool things happen to people I know, simply because they did what they loved doing.

My wife used to do art for money; now, she does it for her own pleasure. But that didn’t stop a potentially cool deal she should know more about in the next month or so from falling in her lap. In some ways, it’s a bigger deal than many artists seeking big deals will ever experience — and she wasn’t even considering the opportunity. All she did was do the art she loves and someone came to her…

Other friends, by simply doing what they love, have had wonderful things happen with their writing, art, music, and other creative endeavors. There’s nothing wrong with having a certain end in mind to the things we do, but so many people seem fixated on numbers over doing what they love for no other sake than they love doing it.

More About That (As it Pertains to Writers)

So many people think about their brand before they begin; they focus on monitizing what they do before even starting things. Some of these people find their version of success, but most of them seem to want that success in much the way many writers think it’s New York Times Best Seller List or bust.

I know a fair amount of people who make a living writing, doing art, making music, making video games, and yep — even a few content marketers who aren’t smarmy people with business cards glued to their fingertips. I’ve seen opportunities arise in all these people not because they were out “hustling” or anything like that…it came slower, and the results far more lasting than the guy who makes it appear that he’s earning a living with his podcast, when all he really has to show is a desperate elevator pitch about how he once appeared in iTunes’ New and Noteworthy section.

The big successes and even big breaks, in some cases, didn’t come from following some “proven path to success,” for just 4 payments of $29.99 — they came from doing what they loved more than a love of money. Some of the wealthiest people I know didn’t set out to become wealthy, and I know even more people who live a life of riches and satisfaction.

You never know what will happen. I’ve stood on the edge of “the big break” a few times in my life, and in every case, it was something that was never planned…it was always something that presented itself because my love for writing shows through in what I do.

I know enough “‘entrepreneurs’ interviewing other entrepreneurs” podcasters to be able to say they are not only a dime a dozen, but their motivations are often anything but pure and from the heart. Sure, you have the rare podcaster who hits it big and posts their monthly income on their site because it’s good advertising for what they are selling (“See how much I make? Buy my system and you can make this, too…”), but most people only in it for the money give up long before it comes because they never really loved what they were doing to begin with.

And then there’s Marc Maron — who interviewed the President of the United States of America last week. Much like the writers I know (and other creative people doing what they love), opportunity came along because he did his thing. There was no plan for “dominating his niche” or other BS sayings like that. It was an idea pursued for deeper reasons than money and fame and, because of that, money and fame followed in ways never imagined.

You never know what will happen…

Odds are slim that any of us will make it big, so you may as well spend the time doing what you love most. The payoff will always be priceless, even if monetary success never comes. In the end, the people who rise to the top are usually those who did what they did for no other reason than it brought them pleasure.