You are here: Home / Productivity / The Power of Having a Deadline 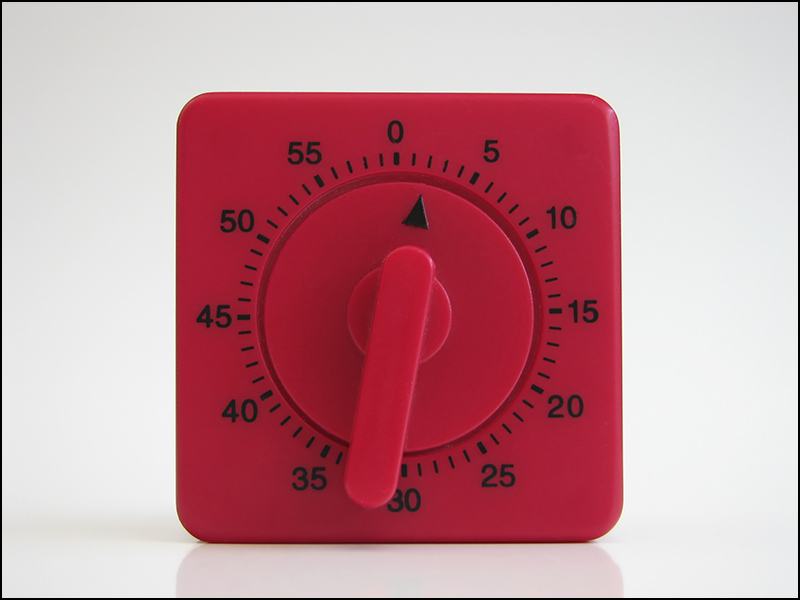 Every week, I load a new podcast to meningorillasuits.com. (Sometimes [most times] I load episodes before the Thursday deadline Shawn Kupfer and I decided on when we started.)

In 106 weeks since starting, we have never missed a deadline. In these past 106 weeks, I’ve never found myself with reason to be bored — because there is always something to do.

Factor in writing and other things I like to do, and there’s always something that can occupy my time. There is nothing that consumes too much time, but there is always some little task to complete that is never too far away. (If this sounds like something that would make you anxious, know this: I make time to read and lounge on the couch, doing nothing at all. By viewing even lazy time as a task as important as any other, I know there is time most days when I can just chill more than most people. Example: Last night I took a two-hour nap and still had time to do some editing on the rough draft of the recent novel.)

At the same time, most of us have lists full of things…we have not done. There is nothing saying I must record and load podcasts every week…it’s not like I’m going to be fired from a job if I don’t. That weekly deadline matters, though; it is something every week that ensures I get a podcast online, even if I’m not feeling it at that particular time.

As a technical writer, I have deadlines. If I were to miss these deadlines because I didn’t work, I’d be fired. Because my work is so focused on deadlines, perhaps it’s easier for me to make goals and meet them for the things I do outside of work that I want to get done.

So how do you come up with deadline for your writing?

Writing a novel is a thing that doesn’t happen quickly. Even those who write fast don’t knock them out month after month. It’s very easy to say, “I will be done with my novel on February 17, 2016!” and then do nothing. That’s why it’s important to pick several dates before that deadline.

I’m not saying “Be done with these many chapters on May 17 and this many more on August 17,” although that might work for some. Having a quarterly sounding point, though, makes you have to look at progress if — in three months — you’ve done nothing. Feeling shamed for binge watching Daredevil the weekend of April 10 and general slacking can lead to a burst of productivity when the failed deadline rolls around. Most people then work quite a bit when they realize they’ve missed something and then…slack off again. In a few months’ time — again — they see they aren’t producing…and get busy again.

It might take them a few years to write a novel that was written only when they felt guilty, but having those days pop up as reminders of progress can go a long way to not looking back after five or more years without a completed novel.

It wasn’t until I said, “I will have this draft of the current novel done by the end of the year,” that I got to the end of 2014 and realized, “Damn, I missed that deadline!” and had the draft done in the middle of January (and allowed myself to the 31st to tinker with it, before printing the pages and preparing to edit).

When I tell others my plans, even though few people really will pop up and say, “Thought you said you’d have it done by then!” there’s that possibility in the back of my mind. I did know, had I not finished the draft of the current novel in January, that some close to me would mention it. Stretch it out even longer and complete strangers who read the blog, but don’t comment or email, might step up and say, “So…it seems you don’t follow your own advice?”

Telling people your goals is a great way to keep moving on the days you don’t feel up to it.

The annual writing retreat has become a thing for a friend and me. It’s a weekend to work on what we’re doing, but it’s also a weekend where we let each other actually talk about our stories and plans. Obviously, we also sit around drinking beer and bullshitting, but the weekend is a yearly reminder that we’re serious enough about this writing thing to spend a little money and take a day or two off work.

Even if I hadn’t said I’d have the first draft of A Magic Life done by the end of 2014 (and actually finishing it last month), I couldn’t go into another writing retreat without a rough draft done. (This year will be the third one.) The writing retreat is an annual reminder that I must keep moving, no matter how tired I am or how busy work is. I view it like this:

Most days, It takes me 15-30 minutes to write 500 words. I can find 200 days a year to produce those kinds of numbers, so…there is no reason why — once I have a story ready to go — I can’t produce a draft in a year’s time. I’m a realist, though, and I know things come up beyond our control, so…I’ve always shot for a draft every three years. Since starting the writing retreats, I want to start shooting for every two years.

Last year in East Texas I told myself, “I can’t attend another retreat without a rough draft of this novel…” So I made sure I met that goal with time to spare.

Something Tiny and Frequent

Writing a novel is a thing that comes slowly for most people with a day job. When I’ve been unemployed, I’ve always written faster, but once a new job came along, I spent more time figuring out the new gig.

When I started my current day job, I focused more on it than fiction. Gone was a sense of completing something creative outside of work. So…I started a weekly podcast. My head must be clear to write fiction and, at the time, my head was full of new processes and thinking about how to best do my new job. The podcast, though, was coming up with 10-12 talking points about a subject every other week and then sitting down with a friend to record.

Every week, there was a tiny sense of accomplishment. (That line is really just an excuse to point you to a great podcast called A Tiny Sense of Accomplishment. Seriously, if you write, you should listen. I suggest starting here.) On some creative level, I felt satisfied — all while learning the ins and outs of a new job (that’s become the best job I’ve ever had, which has allowed me to do the best writing I’ve ever done).

By keeping a small and frequent deadline of some sort, when I got back to writing, I found the regularity of doing the podcast helped me write regularly as well.

Cut Yourself Some Slack

Deadlines are great, but they are not carved in stone. When I wasn’t done with the first draft of the current novel at the end of 2014, I was fine with it. Instead of spending my last bit of vacation time of the year holed up and writing, I balanced writing out with spending time with my wife. I knew on New Year’s Eve that I’d have the draft done for sure in January, and that’s not a bad way to kick off a year.

Sometimes it’s moving along out of shame: I had the time and chose to slack off. In those cases, I find myself holed up and playing some degree of catch up to get myself in a place to meet my next deadline. Other times it’s just something there in my head, reminding me of what I told myself I would do. (“I will not go to the next writing retreat still working on the first draft of this novel.”)

It All Falls into Place

When I have deadlines for the things that matter to me, I find that most things in my life fall into some kind of order. When things fall to the side, I don’t get flustered because it’s usually a sign of trying to do too many things, and I cut back on the things that don’t matter as much as work, writing, and life.

Every week, a new podcast goes up, progress is made on my writing, walks are had, and there’s lazy time spent on the couch. All because I have a few deadlines in my life.