You are here: Home / Inspiration / The Power of Not Giving a Shit (About Social Media and Numbers) 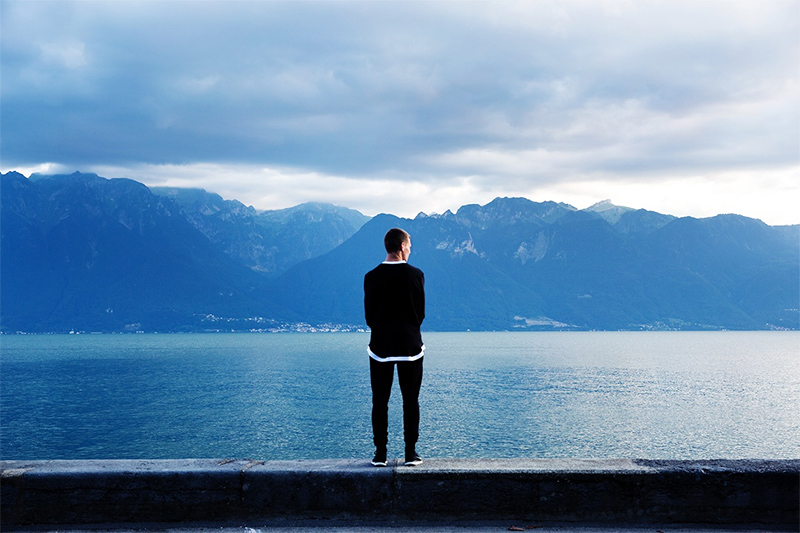 I love social media. I love that Twitter serves just as much as a micro news feed for me as it does a way to stay in touch with people. While I’m not much of a fan of Facebook (it’s where I see the most angry politics, Buzzfeed link shares, and photos of kids with food all over their faces), it puts me in touch with friends all over the world who don’t use other social sites. Google Plus is no longer what it once was for me, but there are still some groups that are my favorite things online. Tumblr is where I get my comic book art fix.

So it’s established: I like and use social media (probably more than most people). But I also take regular breaks.

The Fear of Social Media Breaks

I won’t recap much about social media breaks since I’ve talked about them before here (and here…and here), but there’s something about breaks I haven’t really talked about: the fear of losing eyes and ears.

It’s a bit scary taking a break when you’ve worked your way up to the point of having a bit of a small following. When I take a social media break, blog views fall and podcast listens crash. I’ve seen some bigger names online proclaim:

I am taking a social media break! Completely! You should, too (because I am your god and you do what I say, right?) By the way…while I’m gone, my wife will keep this feed alive…

That’s a cop out as far as I’m concerned — leaving, but having someone else keep all your feeds active with posts you tell them to post? You’re still writing posts and not really taking a break. At the very least, it’s not worthy of the fanfare of:

I AM LEAVING YOU ALL!!!” (But please, please, PLEASE…don’t leave ME!!! I’ll still post regularly for you…)

I understand those feelings…I had them myself with the first couple breaks I took. Especially when I started a weekly podcast with a friend, I thought, “My break no longer just affects my online numbers, but now affects a friend…” (Fortunately, Shawn has similar views about online numbers as I do.)

But if the example above is your idea of a break, be like Louis C.K. and at least be honest about social media. Louis C.K. comes right out and admits it’s a one-way thing: he sends occasional updates and sells his stuff, but he’s not going to reply to you. (I’m fine with that; in fact, I bought his latest special last week.)

I won’t go into great detail about what I gain by taking a social media break, but it comes down to this: I have more time, I write better, and I think more. I’ve talked about that repeatedly, though. This time around, I want to talk about the effect not caring as much about numbers has on the way I view creating.

Earlier this week while emailing my friend Deacon (Deacon of the annual writing retreats), he said he read about a person who said something to the effect of:

I just need to write that one blockbuster, and then I can write whatever I want…

It’s not an uncommon thought: become famous, make a lot of money, and then do your own thing.

It seems best to do what you want to do more than anything from the start because, if it goes nowhere…you still created something you enjoyed making — something that hopefully changed you and made you a better person.

That’s a hard thing to put a price on.

But It’s about More than Just Numbers (For Many)

I know I view things much differently than many writers. When I once asked a group of writer friends:

If someone offered you $150,000 a year (adjusted in the future for inflation) for the rest of your life to write, but they were the only person who could ever read your writing, would you take that offer?

Most of my friends said they would not. (I admire that honesty.) Me — I’d take it in a heartbeat! For some writers, it’s not so much about the act of writing, but being seen as a writer — having approval from others that you’re worth it.

(For my friends, it might be a little bit about validation, but mostly it’s they love the hell out of geeky conventions and love being known enough to run panels (and to be on panels)).

I understand that — even those seeking validation, but at the same time, it seems like there’s a lot of heartache in seeking the approval of others for what you do because, when you’re used to 100,000 people saying you’re wonderful and only 85,000 one day say you’re great, focusing on approval over the act of simply creating means you focus more on the 15,000 who didn’t praise you this go-around…rather than the 85,000 who did.

As always, these are just my views, and I am not saying my views should be yours. I know plenty of people who make a living online, and numbers are vital to them paying their mortgages. I do question some when they say their art matters more than anything when they will change their art to keep their numbers, but if one is okay with that, there’s nothing wrong with that.

For me, I would rather write what I want to write over something I don’t love doing as much, but could pay my bills. If what I want to write syncs up with what people want to buy — great! But I will never poll an audience and say, “What do you want me to do?” and change what I love based on demand. (Even though that’s fairly common advice from many so-called social media experts.)

Because numbers aren’t the biggest thing for me, when I communicate online, it’s from the heart — not in the hope of a desired result based on a plan. What I create is not created only after assessing if it can make money or not — it’s created because I want to create it. If nothing else, what you get from me is honest.

Knowing more than a few people bound by numbers or always chasing what pays more (instead of doing what they want to do most), I know I’d rather create what I want to create more than chasing what doesn’t appeal to me as much, but pays well. I’ve made good money chasing freelance gigs and writing what others paid me to write, but I’m more satisfied when doing what I want to do and focusing on it, instead of making a bunch of noise in the hope people listen…