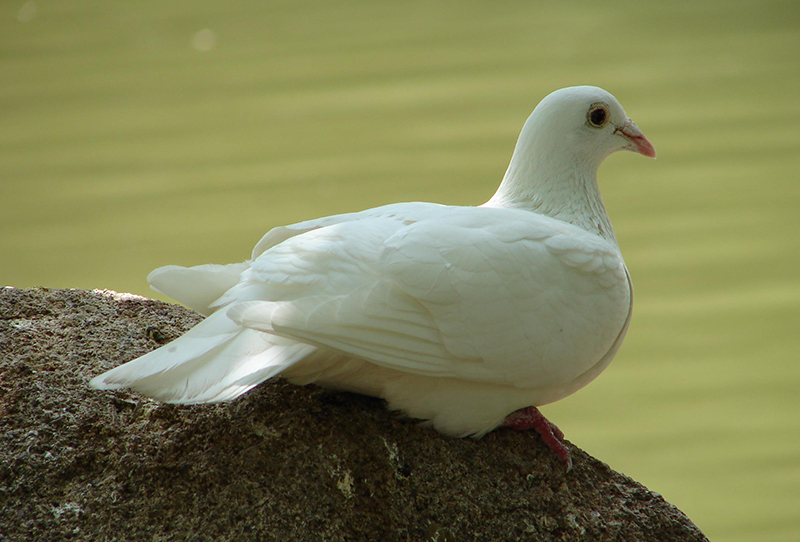 Je suis Charlie! (I am Charlie!) I’ve seen it written a lot today.

I don’t follow the news. When something happens in the world, I usually see mention of it on Twitter. This morning, it was this tweet from Chuck Wendig that made me think, “Hmm…I should probably see what’s up with this…”

Growing up, life was all right until the day when I was asked in Mrs. Court’s math class by a classmate if I believed in God. I said no, and with that began the worst two years of my life. Suddenly I was one of the most picked on kids in Carl Sandburg Junior High. Even people I thought were my friends turned away as a group focused their ire on me, attacking me in every way possible (physically and emotionally) simply because I wasn’t a Christian.

I knew even then that their actions weren’t indicative of Christian behavior. Most of my friends were Catholic, and they were all cool. I have Jewish cousins, and when I later came to find out that people (mostly Christians I knew) thought Jews were money-grubbing stinges,  I was perplexed because all I ever saw from Jews (not just my cousins), were very kind people. I found it interesting that one of the few people who ever spoke up for me when I was being picked on (this particular time: a girl passed around a notebook in my history class that said “Do You Like Chris: Yes or No” — and even people I thought were life-long friends wrote No), was a Jehovah’s Witness I defended years earlier…not because I knew what was up with his beliefs, but because he was picked on for being different, and I felt that was wrong.

I won’t bore you with every detail of my experiences with Christians (one of which found me on the back of a motorcycle driven by a crazed guy shouting, “I KNOW WHERE WE’RE GOING IF WE DIE — DO YOU!!!” as he showed me how fast his motorcycle could go on a back road in the middle of nowhere in an effort to convert me to Christianity…you can hear more about that here), but let’s just say that I gave Christianity MANY shots at me, and still walked away from that gauntlet shaking my head.

This is my memory of 9/11. A coworker said, “Just heard on the radio that a plane hit one of the World Trade Center Towers.” He went to the break room to see what was up. We thought it was maybe a little plane. I wandered back in time to see the second jet hit live. Shortly after, everyone in the company was packed in the break room…except Ayoub.

Ayoub was in my group. Ayoub was a Muslim. I liked Ayoub a lot — he was always very kind to me. Every Muslim I’ve met has treated me very well, even though a couple initially thought I was Jewish, and were surprised to find out I am a staunch atheist.

Another coworker came up to me since I was our team lead. He said, “Where’s Ayoub?” I told him I didn’t know.

“Doesn’t that worry you?” he said. I was still at a loss at what was happening to the country, and I really didn’t get what he was getting at. Ayoub helped this guy…to the point that the guy would have probably been fired had Ayoub not helped him so much. What the guy was getting at is this: he wanted me to have the building cleared because he believed Ayoub had set a bomb to take us all out and then left before detonating it.

Here’s what Ayoub was really doing at that very moment we were under attack. His wife was in labor with his son. They had planned to name him Osama. Obviously, his son’s name was changed that morning.

Some people are bad.

This morning’s attack in Paris, against the publication Charlie Hebdo, bothered me like every other attack by Muslim extremists, Christian extremists, or any kind of extremist. My wife is an artist. She is a cartoonist. I consider myself lucky to not have enough fingers and toes and other appendages to count how many cartoonist friends I have. The thought of any of them being killed for art — even if it’s art meant to anger others — is beyond appalling.

The thought of two gunmen asking for editors and cartoonists in the building, and then executing them, is a horror I can’t imagine. But it happened.

Sadly, I know more than a handful of Americans who claim the French are weak. These are people who cower at the thought of a Muslim anywhere near them, the kinds of people who go on about how strong Americans are while terrified of their shadows — leaping high into the air at the feeling of their tail between their legs. Meanwhile in France, you had this (following previous threats against the publication): 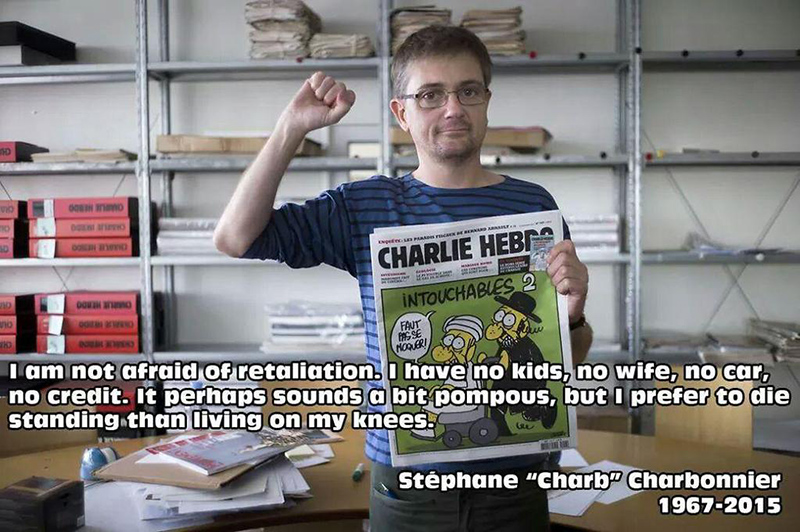 As a writer married to an artist/cartoonist and friend to editors and other cartoonists, it’s easy to say this hit home. But every attack by extremists — Islamists and Christians with a history of killing everyone not believing in their God, Buddhist mobs in Sri Lanka killing Muslims, Hindu extremists vowing to kill Christians in India, and so many others (not even religious, but territorial and racial) — hits home.

Nous sommes Charlie — We are Charlie. It’s not just us standing against Islamic extremists, it’s us standing against all kinds of extremism: whether Christian, homophobes, men who paint feminists as women who hate men, or just people hating their neighbors for some goofy reason. It’s those driving past a trailer park and laughing at the “white trash.” It’s just that — it’s hate…and we’re better than that as a species.

There are more of us than them, and if we don’t let extremists of any sort divide us, they will one day become relics, broken to dust and scattered on the wind — a sad, long period in our timeline that I hope one day has people of all sorts wondering how it ever happened at all…

Edited to add: Someone online asked — in general — what those writing about these attacks thought about the actual art published by Charlie Hebdo. Me? I thought their depictions of Muslims was racist in every image I’ve seen. I recently did a podcast with a friend about Stereotypes, and the image of a Native American we used for that episode (that I found for sale in an antique store) is every bit as stereotypical as the depiction of Muslims I’ve seen published by Charlie Hebdo. But still, even taking that into consideration…it’s no excuse to kill cartoonists, editors, and cops.