You are here: Home / Books / My Favorite Book(s) of the Year 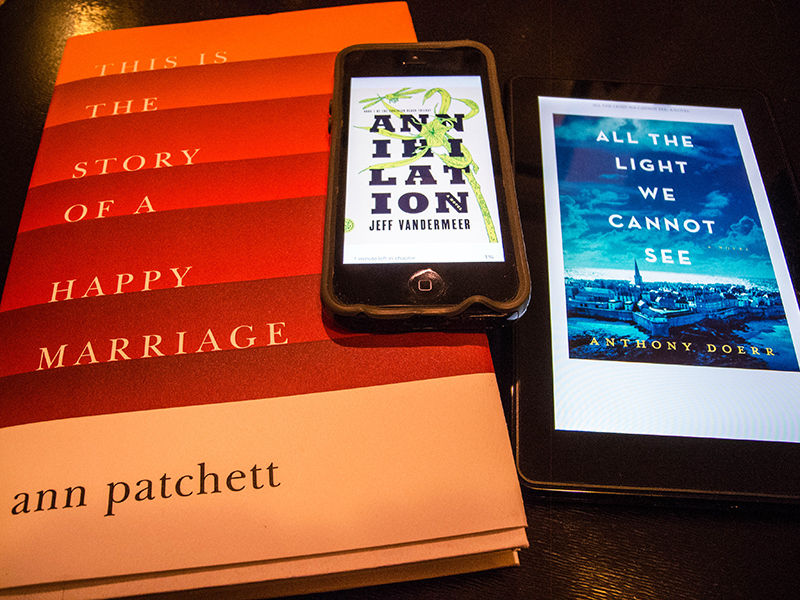 It was a good reading year, but isn’t every year a good reading year? Since I didn’t write as many Juggling Writer entries in 2014 to merit the usual, “Best Of…” monthly breakdown I decided, instead, to write about some of my favorite books of the year: a novel, a work of non-fiction, and an honorable mention.

All the Light We Cannot See 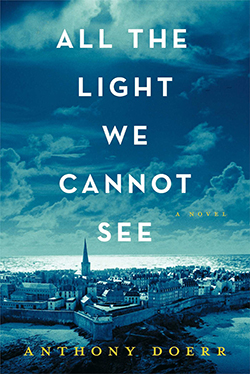 I know more than a few people who have given up on literary fiction, feeling it often lacks imagination and anything more than documenting the ho-hum days of boring people. It’s not a view I subscribe to, but it is one I understand: the tediousness that comes with reading about well-off people slowly divorcing or other examinations of suburbia that have gone on for decades usually wears thin on me. too. But to say literary fiction lacks a spark of something more magical is to rob yourself of gems.

A gem is as the center of Anthony Doerr’s All the Light We Cannot See (well, a jewel, if we’re being specific — a jewel hidden away in a puzzle box that a Nazi believes can cure him of cancer.) It is a book that took Doerr 10 years to write, and it has been on the New York Times Bestseller List longer than most books written by authors who claim it should never take more than 3 months to produce a rough draft of a novel — and never more than a year or so to see that novel published. (But then, most classics we revere decades later took years to write, and I’d go as far as saying this book should be a classic.) The time spent on the All the Light We Cannot See shows in the way such subtle things come together in the book. But it’s much more than that (and great writing) that make this my favorite book of the year.

It’s simply a beautiful book. The quick version: a blind girl in Paris flees the city during the onset of the German invasion in World War Two. She and her father flee to Saint-Malo, France. In their possession, a jewel that many believe hold mystical powers. But it’s not that intrigue that makes the book; it’s the little details, like the protagonist’s father building for his daughter — Marie Laure — a replica of the city in miniature so that she can learn where everything is in her dark world so that she can “see” and find her way around. It’s in the intricate relationship with a young man in the German army — a radio expert — who comes to Saint-Malo for reasons I won’t spoil. It is so many things that are so intertwined, but not far-fetched, that make this a magical read. (Not to mention, one of the most suspenseful moments in anything I’ve ever read!)

I’ll confess that I found a jump in time near the end of the book a bit jarring when I first read it, but in the days following finishing the book, it’s all I thought about. And I know why the jump in time affected me the way it did: I was so into the story, characters, and feel of the book that I found an odd comfort in it all, even though it’s a book where WWII rages in the background. In many ways, there is a magical feel in All the Light We Cannot See that I have not felt since reading the books that changed me as a kid, so the necessary move in time pulled me from that comfort.

This is a book that made me feel like I was discovering what it is to read all over again. I could probably read more as a writer, but I read more than most people, knocking out a novel every couple weeks. So to make me feel like I had discovered something so new, beautiful, and important was quite a feat!

This moves on to my top books of all-time list!

This is the Story of a Happy Marriage 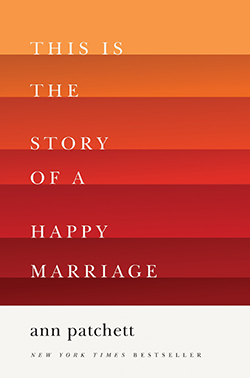 Ann Patchett is one of those writers I read solely for the enjoyment of the way a human can figure out ways to string words together into paragraphs that make up chapters that result in beautiful books. Her prose can seem almost deceptively simple in the confident way it sits on pages; if you know anything about Patchett’s process, though, you know writing is an effort for her. That struggle is one of the many themes in this series of essays. (If you are a writer and you read only one thing by Patchett, read “The Getaway Car: A Practical Memoir of Writing and Life.” I reviewed it some time ago, right here.)

This is a book about marriages that failed, marriages that have succeeded…about dogs and bookstores and so many other things. Sure, Patchett got a start writing for Seventeen and Vogue, but what she did in those magazines was so much more than the average person might imagine. Which is why she is, to me, as badass as any superhero!

Seriously…screw the Bat Signal — shine a giant P in the sky at night and revel in how wonderful a human mind can look at things around us all, but rarely seen with so much clarity. 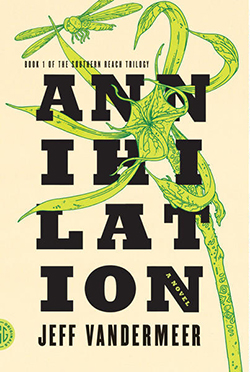 It would be wrong to say this is what H.P. Lovecraft would be writing were he alive today. But…this made me feel like I was in my late teens/early 20s and reading Lovecraft for the first time. Think genuinely creepy and good, and you’re getting there. Annihilation surprised me by how good it was…and I know Jeff VanderMeer is a damn good writer.

What struck me most is how many connections to things from my past this book made in my head. I was reminded of when I realized more role playing games than Dungeons and Dragons existed. It made me want to play Gamma World for some reason, even though the weaponry in the book is not futuristic. I just remember all the drawings of lush landscapes in the Gamma World rulebooks and thought about them as I read about the biology of this strange area. And, speaking about biology…

As a kid, and well into my teens and early adulthood, I wanted to be a wildlife biologist. So, of course, I love that the main character is not only a biologist, but simply known as the biologist.

There’s a bit in the book where the biologist thinks back to the point when biology took hold in her life, and it’s as beautiful and honest as anything I’ve read in 2014. I won’t spoil it, but it’s in those moments of realizing that entire ecosystems can be sustained in suburbia and seeing what most people don’t see as connected that, at least for me, was what made me want to be a biologist growing up. To see where that can take a character in one of the strangest worlds — yet such a familiar place — is one of so many things that made me love this book almost as much as All the Light We Cannot See. (I won’t talk about anything more in this book because…it’s worth the way it unfolds. Oddly beautiful, powerful, and creepy as hell!)

I can’t wait to make the next two books in the trilogy — Authority and Acceptance — some of my first reads of 2015!