You are here: Home / Inspiration / A Matter of Strength 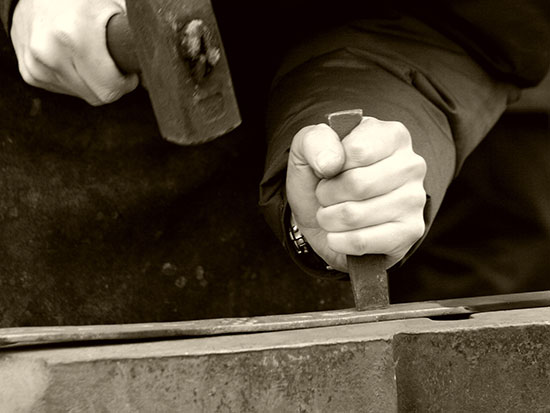 I didn’t get along very well with school. It seemed there was little encouragement for the things I did well and a pile of chiding and force put into the things I didn’t do so well. My schooling seemed fixated on pushing me to put 10 times the effort toward my weaknesses, while rarely encouraging me to embrace my strengths.

It’s a common thing, with noble intentions — a belief that improving one’s weaknesses will lead to all-around better strength.

Only that’s not so true…

In studies where participants focus on their strengths over weaknesses, people see the most improvement in skill when they focus on strengths. Studies do indicate that focusing on weaknesses also shows improvement, but at a much lower rate of success, with much more energy expended.

Knowing this, so many people still believe that focusing on our weaknesses is the best use of time and energy. I don’t know about you, but I’d rather see a strong skill double in ability than weaknesses moving just a little bit with more frustration and energy spent.

How this Applies to Writing

I see a lot of writers online talking more about working on their weaknesses, instead of devoting time to their strengths. I understand this; I would never say, “Ignore your weaknesses — only devote time to your strengths!”

I know the things I can improve as a writer, and I work on them along the way. I won’t, however, put too much time toward improving my weaknesses when my time is better spent focusing on what I do well and improving that. (Added bonus: I find that when I work on my strengths, my weaknesses tend to step in line behind what I’ve just improved and, with little effort, become less of an issue over time.)

It is not uncommon to see writers full of doubt. Even some of the writers I look up to have doubts. It’s not uncommon for those pursuing something creative to be hard on themselves and feeling like they are no good. As creative individuals, it’s almost expected of us. (Sadly.)

Maybe there’s something wrong with me, but I don’t get discouraged with my writing very often. When I do, I know that it’s a momentary thing that I can fix later — no reason to obsess before moving on, because that’s how you don’t get writing done.

I know many writers feel like failures. I’ve written about failure before, and if you don’t feel like reading that, here’s the important message: if you’ve succeeded once, you can succeed again — and, if you have done something for years, at some point, you shouldn’t fail at it because you shouldn’t make the same mistakes over and over.

I’ve written some of the ugliest paragraphs that may have ever been written. They were either dropped from a final draft, or cleaned up to become some of my favorite paragraphs I’ve ever written. One of my strengths is trusting that I’ll get there, and because I focus on that, I get where I want to be as a writer.

Do Yourself a Favor

Do yourself a favor: for the rest of this month, look at nothing but your strengths as a writer. Don’t dwell on “weaknesses” that you need to improve…the things that make you feel like a failed writer; instead, focus on what you do well.

If you put in the effort to get better, focus on your strengths, and revel in what you do well, you might even realize what you think are weaknesses worthy of attention (to the point of even getting in your way), really aren’t.