You are here: Home / Productivity / How to Find Time to Write 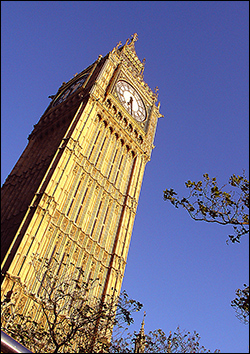 I preface this with the usual sentiment of everything I write where advice is offered: these are only suggestions. As adults, if we want to spend all our free time watching TV or playing video games, who am I to say you shouldn’t do that? One of the best things about being an adult: once adult responsibilities are tended to, we should do what we want to do!

This is also written with the knowledge that there are some people who truly have no free time. I know a single mom who works two jobs where she’s on her feet all day and night. On her one day off, it’s laundry and more work. She genuinely doesn’t have the time most of us have (even those who have convinced themselves otherwise).

This is written for the person who has a normal job and responsibilities, but still says, “I wish I had time to write…”

These are a few things I know of to free up time for anything you want to do outside of work hours.

There was a time when, if one wanted to play a game, they went to an arcade of played at home on a console or computer. Now, though, an endless stream of games can be with us at all time on our phones. A little Candy Crush, here and there…how ’bout some Words with Friends or even board games one can now play on their phone or a tablet?

That’s great, but…that’s time you could be jotting down ideas in a notebook or running things through your head so you’re better prepared to write when you site down to write. Mobile games and social media can be fun, but I bet if you took a social media break, you’d realize just how much time it takes from the things you want to do more than just killing some time and not being alone with your thoughts.

I don’t have push notifications turned on my phone. Phone calls and text messages are the only things that come through, and only a small handful of people call or text me. All sound, and even vibration, is turned off. I’ve seen the Pavlovian response in those who allow their phone to distract them. Some people can handle it and still be productive (because they have times when they turn it all off and produce), but many others allow distractions to invade their lives.

Parents ignore their kids when their phones light up, and many students find it hard to focus for more than a handful of minutes at a time. A single interruption can sideline focus for more than 20 minutes before focus on the original task returns. Many people live in a constant state of distraction and rarely experience times of lengthy focus.

Good writing takes focus. Sure, you can write a few lines, check Twitter on your phone, and get back, but what you write will probably sound like that’s what you did.

If you can talk about two or three television shows with friends, family, or coworkers, you have time to write!

If you prefer watching TV to writing, that’s fine — nothing wrong with that. But if you’ve ever binged on Netflix or own a DVR, don’t tell me there’s no time to write…because there is.

Drop even one or two shows and you might be amazed at what you can accomplish.

I am a technical writer, so there are times when I work overtime. Since I write Help topics for software, there are usually times in releases when I know I won’t get as much writing in. But…nothing prevents me from waking up early and writing for even half an hour. Hell, I can knock out 250 words in 15 – 20 minutes while I eat breakfast. Do that five or six days a week during a busy time and that’s 1250 – 1500 words a week. They might be rough and ugly words, but they are still words you can work with later, when you have more time.

I’ve worked places where overtime became the norm. It would have been easy to say, “I’ll just wait for this project to die down in a few weeks, and then I’ll get back to writing.” Thing is, there was always another project waiting that required more overtime.

My solution: I found another job so I had time to spend with people I love, to write, and to get in evening walks. A day job should support life away from work — not be one’s life.

There was a day last week when, instead of writing in the morning, I slept a little longer. That evening, I planned to write before our evening walk; instead, I dozed on the couch to the sound of the dishwasher until my wife came out ready to walk.

I didn’t write that day.

There are times I’ve caught myself slipping into the habit of being tired or lazy. It often comes when I’m working on a big release at work, but it’s almost more important during those times than others to make myself sit down and write. Maybe some email doesn’t get answered; that’s fine, I usually let people know when I’m very busy. Sometimes I want to just do nothing because during those times, even writing feels like work. But once I put 10 – 15 minutes into writing that may not come easy because I’m exhausted, I usually find that writing recharges me.

Most of us have time to write. We don’t have to spend 4 hours a day working on things when 15 minutes to an hour can be plenty of time. For most, it comes down to prioritizing how we spend our free time.

Technology makes it very easy to be distracted in tiny bursts that suddenly devour an evening. It’s easy to say, “I’ll write tomorrow,” and never get to it. I don’t write every day…my goal is to write more days than not, but there are times I may go a week or two without writing.

But it’s never for lack of time…