You are here: Home / Inspiration / The Cult of Failure 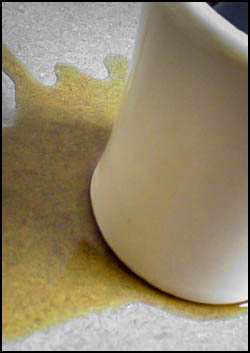 Check out many business blogs, and there it is: talk about failure being a great thing!

“It’s cool to fail because it means you’re learning!”

I understand and agree with the sentiment. (Well, except that last example, which is only half a joke. More on that later…) There are TED talks about failing, and blogs about creativity often praise failure. Hell, I’ve written about the power of failing myself.

There is something good to be said about failure. At least early on in doing something new…

When starting something new, on some level, you’re going to struggle, fail, suck…whatever you want to call it. There’s no juggler who juggled seven balls from the start; nobody just picked up a cello one day and was ready to be a featured soloist. While I believe there are those who have written various things over years who can produce a decent draft of a first novel, even then, there will be edits and hard work to make it readable.

I know this is the point many blogs, podcasts, speeches, and books are making. It’s the same point I hope to make when writing about failure. But there are people who look forward to failing almost more than improving. Failure becomes a celebrated thing, carte blanche to charge into things and not feel bad if they totally crash. And that’s fine early on, but…

At some point, you shouldn’t fail.

At some point, you should be a little hard on yourself if failure is a recurring trait in the things you focus on.

It’s Not About Failing

I once had a writer friend tell me, “I can’t wait to send something to editors so they can tell me I suck!” Never mind wasting the time of editors; this person knew he was failing, but decided to drag others along for the ride. I’ve seen others still making beginner mistakes years into their craft saying, “As long as I keep making mistakes, I’m getting better, right?”

It’s almost mean to tell a person who never gets better that they are good at what they do. Being supportive is great; I will support hobbyists all day long because if a person enjoys what they do — cool! I would never tell a person to stop doing something that brings them happiness. But if a person hopes for something more with what they create, honesty really is the best policy. Criticism may sting, but it’s how we improve.