You are here: Home / authors / An Honest Assessment (Of Your Own Work) 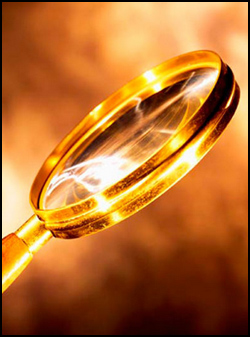 Writers have a reputation for being a bit defensive. Really, it extends to artists and many other creative endeavors. (Hell, it’s really just a human trait.) People are often their own worst critics.

Despite people claiming to be their own worst critics, feelings for what one does are often kept inside. It’s not that often you hear someone genuinely list their weak points in a manner that reveals certain strong points.

If you don’t know who John Green is…you’re probably not a teenager.

Green writes young adult fiction and has worked sincerely and hard to get where he is today. Like many people who have made it, he’s also a target, recently taking some flak for writing about sick/depressed teenagers (critics say he’s capitalized on misery to make a living). It’s something he’s addressed quite a bit, lately. In this defense, John talks directly about his weak points as a writer:

“…I tell too much and show too little. My plots are thin. I’m too fond of turning phrases. Imagistic stuff gets fogged up by inconsistent usage, especially in my first few novels. I care too much about ideas and not enough about story. There’s a kind of emotional disengagement in my work, like I’m always trying to make you conscious of the fact that this is a fiction and look at all the things this fiction is doing, which leads to people seeing the strings on the puppets and feeling pulled out of the narrative. They can get thematically obvious and repetitive…”
– John Green

I’ve only read one John Green book, and I agree with his assessment of his writing. Still…I was impressed by the book I read (The Fault in Our Stars). Green also claims he’s not good at writing adult characters, but some subtle moments when adults are present in the book are so well-done that I stopped reading and sat back impressed.

What Green says in the block quote above isn’t a cop-out or a defensive tactic; it really reads like a guy who will always get better because he looks at what he does well…and not so well.

It’s the kind of honesty I’m not sure most people are willing to touch.

The Weak in My Writing

I know what I do well as a writer. And I know where I can improve…

The Good from the Bad

None of what I just said is defensive. I have no problem looking anyone in the eye and saying with confidence: “I am a good writer!” What I shared is what I work to fix as a write, or things that I just flat-out like and will never give up (i.e. farting dogs)!

Almost every time I sit down to write, some of the things on that list are on my mind. These are the things I work hard to improve because I don’t knock myself; I just recognize where I can be an even stronger writer.

If you had to come up with a list of your weak points as a writer, what would they be? Feel free to share them in the comments.