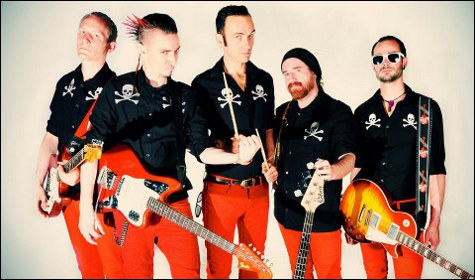 If you listened to the Hell Comes with Wood Paneled Doors podcast, you’ve heard Belgium’s best surf band, Pirato Ketchup. Pirato Ketchup’s “Escape from Tridion” is used as the theme.

The boys from Liege are back with a new EP called That’s Right! (Give it a listen — consider buying.)

Pirato Ketchup releases their work under a Creative Commons attribution/no commercial use license, meaning: they will let you use their music for things you’re doing, as long as you’re not making money from it and as long as you say, “Hey, this is Pirato Ketchup!” It’s a cool deal, and I’m very happy that I stumbled upon their music when looking for music to use for the Hell Comes with Wood Paneled Doors podcast.

That’s the power of open music right there; I think it’s cool that a guy in Texas (me) can wake up one day not knowing Belgium even had surf bands, and by day’s end, discover not only some great music, but great music made by some really cool people in another country. 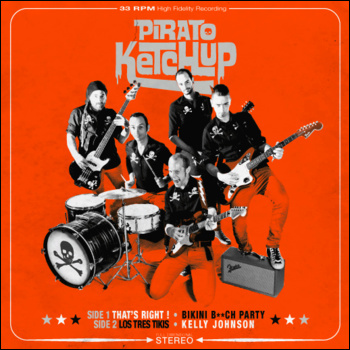 Obviously, this is a post in support of Pirato Ketchup, but it comes from the heart. It’s this sharing that I love about Creative Commons and the Internet. They let me use their music for the things I do on the side for my own enjoyment (I look forward to making more juggling videos featuring their new stuff!), and I let people know they exist — even though I don’t have to. I’ve always liked surf music, and their music makes me happy.

Their music makes me want to juggle and hop in a car and just drive. There are many bands I love, but I don’t feel the need to say, “Hey, listen to this!” But because I found Pirato Ketchup when I was taking a chance with a podcast that is now getting more listens two years later than it was when I started, I want to let people know they have a new EP out, and I hope the people still listening to the podcast can’t wipe their infectious tunes from their heads. Ever! As hokey as it might sound — more than ever — I think the world needs fun like this sticking around in their skulls.

So that’s that! I know what I’ll be listening to all day and the rest of the week…hope you do, too!

The power of Creative Commons:

This includes Surf Sourire, just ’cause I love that damn tune so much!