You are here: Home / Inspiration / Are You Afraid to Write 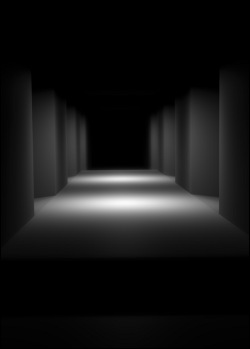 I’m no stranger to being afraid. As a kid, Scooby Doo scared the crap out of me and my overactive imagination. Until I saw the mask pulled off the creepy guy running the ski lodge or whatever, it was like Schrödinger’s cat: anything could have been beneath that mask!

Walking home at night in the dark, I was convinced the trees would bend down and shred me, leaving no trace.

Even as an adult, basements and attics give me the creeps.

The first time I ever grabbed my juggling props and performed alone for others was terrifying.

I didn’t have a girlfriend until I was 23 because I was so shy. Oddly enough, it was juggling and comic books that brought me together with that person — and over 20 years later, we’re still together.

You may not be able to tell, but I almost passed out in the middle of telling this story. But just a couple times in front of a crowd left me not-at-all frightened during this presentation at a tech conference.

A lot of things over the years have scared me, but writing has never been one of those things.

What Doesn’t Frighten Me

I don’t know why, but putting my writing out there has never bothered me. While I know that in a roundabout way, a slam on what I write is a slam on me, I’ve always had enough decent feedback to know that the stuff I release into the wild has merit because people I trust have no problem saying, “This can be better,” before I let it go. So I know if someone doesn’t like what I write that it doesn’t mean I suck; it just means what I’ve written may not be for that person. Other people always like things I’ve done.

I’ve never feared talking to editors or agents, sending submissions, or sitting in a room while somebody reads something I’ve written. It’s not that I think I’m a wonderful writer, because I know I’ll always strive to get better — it’s more that I’m confident enough about what I do that there’s no reason for fear.

I’ve thought about it a lot over the years. All the shadows, stage fright, shyness, and other things that have left me frozen in my life…none of those feelings have ever hit with writing. I’m pretty fearless when it comes to writing, and I’m not sure why. The best I can come up with is I enjoy it so much — and I’ve worked so hard over the years — that there’s no reason to be afraid.

I’ve known a lot of people who would laugh at the things that have scared me over the years. (Being afraid of Scooby Doo is a bit ridiculous!) But these same people…the thought of creating terrifies them. Even more, the thought of putting what they’ve created out there for others to see is crippling.

The slightest knock about something they’ve created puts them into a passive-aggressive defense in an effort to cover their insecurity, or…they come unraveled and believe they suck because one person said something bad about what they created.

I’ve known artists and writers who exist in a perpetual state of “practice” to shield themselves from criticism. I know an artist who had his dream job laid before him by an editor he revered and…that was pretty much the day he stopped drawing. He was too frightened of the possibility of failure that he stopped all together at the thing he wanted to do his entire life.

I’ve known enough people like this to know that it’s easy for someone like me to say, “Nah, you just do it and see what happens — it’s all good and fun! Even the time I was told I was an obnoxious shit by a person who read something I wrote…even when an editor who was excited to read a story I pitched told me he was deflated after reading the story and that I ruined his day…those are golden stories you gotta laugh at and love!”

For others, criticism like that can stop them in their tracks.

I get the crippling fear. I’ve never felt it with writing, but I once failed a test because I forgot to bring a pencil to class and I was too shy to ask the girl who sat beside me if I could borrow one. To have asked the instructor would have been to bring the attention of the class on me, so I turned in a blank Scantron sheet and took a zero on the test. Fear isn’t rational — I’ve known people who flew for years, and then one day freaked out about getting in a plane for no reason and refused to fly ever again. (Hell, I have an irrational hatred for MD-80s.)

But if things frighten you, don’t you owe it to yourself to face the things that scare you?

I could try writing some peppy little thing about overcoming fears about creating, but in the past week or so, the Internet has done a great job to help those with fears about creation. Okay, so…content creators using the Internet to get their messages out have done a great job assuaging the fears of creators. If you haven’t read the Oatmeal’s “Some Thoughts and Musings about Making things for the Web,” it’s worth the read.

But I think the best thing I’ve seen about the fear of creating (as well as the best answer) comes from Charlie McDonnell and Hank Green.

Charlie and Hank are video bloggers. On a very consistent basis, they put themselves out there for all to see.

Recently, Charlie confessed that he’s in a rut; he confessed that it’s scary creating content for others. It’s started a big series of videos from people in response, letting Charlie know they are afraid, too. I think the best response is from Hank Green. For anybody afraid of creating and putting things out there, Hank discusses why taking the easy way out is a lot harder than it seems.

If you’re having a rough time doing the stuff you love, I hope these videos show you that you’re not alone…and that it’s always worth doing what you love, even if it sometimes hurts.