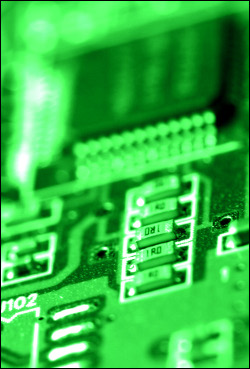 I like social media. I like staying in touch with friends from other places, chatting with people about writing and publishing, and finding people with similar hobbies and discussing them.

Even at my quietest, years ago when I was terribly shy, I liked people. I love the Internet for no other reason than it’s brought me close to people from all around the world.

But sometimes social media can be a bit…overwhelming. If you follow The Juggling Writer regularly, you know the 30-day social media break I took last year quickly ended up a 50-day break that ultimately ended up being a 101-day break from social media. And you know I liked it.

So much so, that I’d probably be wise to make the break an annual thing.

Our heads are often as noisy as an intersection in Manhattan. There are to-do lists reminding you of all the things you haven’t done; work tasks shouting from the back of your mind, even when you’re not at work; unanswered email and messages vying for attention; family asking you if you’d like to do this and that, and reminding you of things you said you’d do that never made it to the to-do list; bills to pay; dinners to put together…a lot of stuff!

Then, for many, in an effort to get away from all that noise, we jump online and let a constant stream of social media in. When the chief technology officer of Twitter takes a social media break, you know there’s something up! When I jump on Facebook or Twitter, I often see links to articles about productivity…and sometimes, articles about how productivity is killing our creativity.

When’s the last time you just sat for an hour without distraction, thinking?

The World of Social Media is a Noisy Place

In many ways, Facebook is one of my favorite things…ever. It allows me to stay in touch with friends up north and other places. It’s put me in touch with old friends long lost.

I have had better luck with Twitter and Google+, where I rarely see anything political or angry. Twitter feeds me publishing news all day long; Google+ does the same thing and allows more room for discussion about publishing. But even with the social networks I prefer, it still seems noisy.

Going Back to the Well

The flip side of social media is when it works for you. If you can tweet about a new book and people buy it, of course you’re going to keep going back. I go back to Facebook more often now that I can log in, go to a group I created full of people who leave me feeling positive, and see what my actual friends and acquaintances are up to — not those who use the platform as a soapbox for their anger. I’m not saying social media is bad; I do like it and have met some cool people through various networks. (Without Meetup.com, I’d have never found the Dallas/Fort Worth WordPress Meetup and the many friends I’ve made there.)

I don’t see a day when I’d give up social media entirely, but a break from it all, now and then, really is a nice thing.

Why Take a Social Media Break?

From my own experience and in reading about others’ experiences giving up social media for a certain time, the biggest benefit is realizing how much social media has saturated our lives. It’s become such an everyday part of many people’s lives that they do it automatically: we tap that icon on our smart phone, or start typing “faceb–” or “twitt–” in our Web browser’s address field and let it fill in the rest of the URL, and then press Enter without giving it a second thought.

Most people I know who use social media go there when they are bored or just have a few minutes to spare. With exceptions, of course, people I know who used to read a lot don’t read quite as much anymore. People who focused more have lost that edge because the moment their minds are at the point of being forced to think something through and it becomes an effort, they wander online instead of sticking with the problem. I’ve been guilty of it myself.

The best reason I’ve found to take a social media break is to deny yourself that instant gratification that comes from “never being bored” — always having something to go to that’s “new” if you follow enough people who update their social media feeds regularly.

The Power of Boredom

There’s a certain power in boredom when you have to face it. By turning off all social media last year, I didn’t have that instant out — I had to sit and deal with things more. Once my brain got past the Pavlovian urge to check social media sites, I found myself at my computer with nothing to do but work on the things that bring me to my computer. I wrote more blog entries; the best writing I’ve done in a couple years started when I took a break from social media last year.

I had no choice but to work and think. If stuck in a long line, I thought about stories like I used to. On lunch breaks at work, I filled notebooks, instead of checking things online with my phone. I was very productive, but even more than that — an old sense of calm returned. I hadn’t realized just how much underlying tension I let in not just from political rants I saw and other things I worked to filter out; just the act — that urge — to check what’s up online created a certain tension.

For some, maybe the act of being cut off would create more tension than not being connected all the time, but if you’re someone who used to get more done, I can think of no better reason to take a social media break than to see if your old self is still in there beneath all the noise.