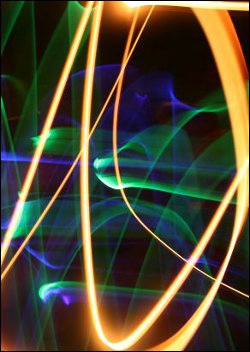 Last month, I started a new novel — the first time I set out to write something with the goal of going straight to an e-book. It’s a young adult (YA) story called Old Man, and it looks like it will probably be a novella. I say probably because I just might have the first draft done today.

Old Man is about a teenager who begins acting like an old man in an effort to get to know his grandfather, who’s dying from cancer. After his grandfather’s death, the teenager refuses to give up the act; in fact, he only gets worse.

There are a few spots where I might add some additional scenes, but it’s been nice to feel the sense of accomplishment of working on something bigger, and seeing a draft almost done a month later.

The day job has sucked up some writing time, lately.

For the last 10 months or so, I’ve been able to work from home for the day job. Even though I put in a lot of overtime during those months, I still had time to write.

Since I wasn’t commuting, there was no rush to wake up early, put food in my belly, get cleaned up, and jump into traffic. I didn’t have to get to bed at 9 or 10.

When I was working from home, it was nice being able to stay up until midnight writing if I wanted and still be able to get 7 hours of sleep. Now it’s been back to living by the motto of this blog — I’ve been juggling work, writing, and life in a way I haven’t in almost a year. But I’ve remembered it’s doable, even with losing time to getting ready in the morning and commuting. Almost half the time I’ve worked on Old Man has been during the new schedule. While I may not have done as much each day, I’ve made up for it on the weekends.

It may not be my ideal schedule, but it’s a reminder that there’s [almost] always time to write.

Organizing that Writing (The Outline)

If you’ve read about how I write, you know the closest thing I’ve ever come to using an outline is converting a screenplay into a novel with Hell Comes with Wood Paneled Doors. (Old Man also started as a screenplay…maybe there’s a future blog entry in the screenplay as an outline.)

Some people, however, swear by outlines; in fact, outlines actually work for some people. One of those people is Wren Emerson. Wren is somebody I’ve chatted with on Twitter, and she [somewhat] recently had a good entry on her blog about how she outlines stories.

I know some people who read The Juggling Writer like outlines, and since I don’t see a day I ever write an entry about outlines since I’m not really qualified (since I don’t use them), I figured some people might be able to take some things away from Wren’s entry. It seems like a good enough process that if I ever do decide to use an outline, I’d consider it before other outlining methods I’ve read about.

Another bad writing habit I have is charging into a story without really knowing too much about the characters in the story. Sometimes I don’t even give characters names in first drafts.

Obviously, the characters develop; I’ve been told one of my strengths as a writer is in the characters I create. But when I start writing, I often know very little about them. Somewhere along the way, I develop them to the point I’m comfortable enough with them that I could answer any question about them a person might have.

Like Wren Emerson with outlines, I hear others really get to know their characters before charging into a story like a blind rhesus monkey in combat (my apparent preferred method). One of these people is CMStewart.

CMStewart [somewhat] recently shared her Comprehensive Psychological and Environmental Character Questionnaire on her blog. And it’s…comprehensive.

I must admit that it appeals to the old Dungeons and Dragons geek in me — I loved making characters almost more than playing the game. As more role playing games followed, character creation was an event unto itself that I liked. Were I to ever want to really get to know the characters in my stories before starting, this is the list I’d use.

A Regular Around Here

My favorite thing about The Juggling Writer has been “meeting” some very cool writers. Online acquaintances and friends really can be nifty, and I’m glad that I “know” Paul Lamb.

A few days ago, The Little Patuxent Review featured an essay by Paul about the craft of writing.

One need look no further than the opening of Paul’s essay to understand why I like him so much:

“I consider it unhealthy to know too much about my creative process. Just as excessive training can take the dog out of a dog, too much understanding of the snarling ferment in my addled brain may over-tame that wooly beast as well.”

My last blog entry was about writing without copyright. Since writing it, I’ve been contacted by more than a few writers and musicians who liked the points made in the entry.

Somewhere in those discussions, I came across this entry by cartoonist, Nina Paley, about how a group of teenagers she chatted with replied when she asked them how they prefer to support the creators they like.

It’s an interesting read…especially if you’re writing YA fiction.

And…just a reminder that if you’re in the mood to write a 750-word (or less) essay about a road trip, you can win a Kindle Touch.

All righty — that’s it! Here’s to a great new week!