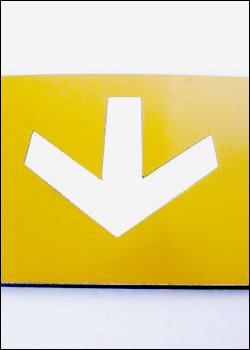 At 8:00 p.m. last Wednesday night, I returned to social media.

I recently wrote about the 101-day social media break here.

And now, some thoughts upon returning…

Upon returning to social media, the first thing I checked was Facebook. And the first thing I saw? A rant about how stupid Black Friday is and how at least the people camping in tents at Best Buy know why they’re there, unlike the Occupy movement.

Right from the start, negativity and politics.

I thought about logging back out and making the social media break last forever.

There were plenty more people telling me not to shop on Black Friday. (Black Friday isn’t my thing, but for all the anti-Black Friday posts piling up, I enjoyed watching what my friend, @leon_at_spill, was up to as he spent Thanksgiving night and into Friday morning taking part in Black Friday madness.)

And there was other negativity and tension…

Is It Worth It?

For me, negativity makes me not like social media as much as I once did. Even if it’s a sentiment I agree with, when a sentiment becomes a trend, it’s like saying, “Today I will notice green,” and you see green things everywhere.

One or two “no Black Friday” posts are one thing, but when many of the people you follow post about the evils of Black Friday — and you see it across all your social networks — it seems like all you see. And…It’s even worse when you see somebody else say, “But I like Black Friday,” and others jump on them, telling them they’re a victim of the marketing machine and don’t even know it!

While I can’t imagine heading into the fray after Thanksgiving, I also can’t imagine telling others not to take part if they want to.

I occasionally do a sweep of all the things I’ve mentioned and shared on social networks — I do it to remember good times and see if what I’m putting out there really is a reflection of who I am.

I’m happy when I look at all my streams and don’t see any negativity.

My father’s side of the family was full of very angry people, and it was perpetuated because they never came up for air. At its worst, I think social media is like that: this place you can always run to and complain. It’s human nature to want contact, and if you get the most attention when you’re down or angry, it only makes sense to post things that keep that going.

Everybody has the right to be negative or angry on social networks if that’s their thing, but others have the right to turn it off and not listen.

Returning to social media after the break was a reminder that I don’t want to listen to a lot of what’s out there.

After the initial “Don’t partake in Black Friday!” rants and links, I dug deeper and found the stuff I missed: actual posts about what friends are up to (complete with photos), publishing news, humor, and so much more.

I spent most of the time at my desk the first couple days back catching up with people. When I noticed I wasn’t writing as much as I had been, I chalked it up as, “Hey, it’s a holiday weekend.”

But I usually spend time over holiday weekends writing.

And then it happened…

There was a moment as I sat at my desk when I could have jumped to writing, but instead — in an automatic move — I typed “Fa–” and my browser address bar filled in the rest for me.

I pushed the Enter key without thinking; it was total muscle memory, like juggling.

I hadn’t logged out like I told myself I would (and was doing about 75% of the time). It was all right there, waiting.

I closed the browser without looking, put on some music, and started writing.

While the Pavlovian move returned, most of the weekend was good when it came to interacting with social media.

After running errands, visiting people, or just going for a walk, I didn’t feel that old urge to go straight to my computer and see what was up online.

In some cases, it was only when I saw others picking up their phones or laptops that I thought, “Hey, I can check things, now!”

In many of those cases, though, I still didn’t. The times I felt the urge, I told myself, “Don’t check for an hour,” and it was usually longer than an hour before I checked.

For me, that’s cool.

Before my social media break, I would have argued with anybody who said I used it too much; in part, because I believe people have a right to do whatever the hell they want to do as long as it doesn’t affect others. Since my wife and I do a lot online, my use of social media was never an issue.

But it really was.

For me, it was an issue because I convinced myself that I was doing something important online when using social media.

While I never bought into the whole concept of “branding” (I don’t like the term) or having an online “presence,” (another term I’m not particularly fond of), I’d be lying if I said that social media hasn’t brought some good my way.

Sales of my ebooks dipped when I stopped occasionally saying, “Take a road trip for less than the cost of a gallon of gas,” on Twitter and linked to pages where people can buy Hell Comes with Wood Paneled Doors. I fell out of contact with some cool writers and artists during the break. I missed out on news and posts that could have helped me in ways.

When I look at it like that, it’s easy to buy into the importance of being connected and always available, because you just never know when an opportunity will arise.

But when I look at a chapter I wrote over the weekend when I shut it all down and did what a writer needs to do more than anything else — WRITE! — I remembered that social media is only a part of it all (and a much smaller part than I believed).

I can’t produce the quality of writing that I’m producing, lately, without the focus that comes from truly disconnecting from it all. Maybe you can, and I think that’s cool.

For me, though — after 101 days away from it all — I’m still questioning where social media factors into what I do as a writer.