You are here: Home / Miscellaneous / Opening to A Magic Life 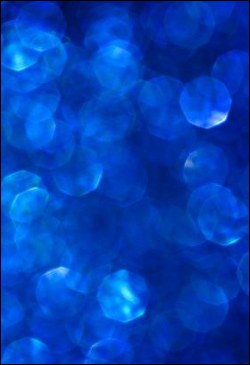 About a month ago, I posted about working on a rewrite of something while starting a new book I didn’t plan to start until next year. (Sometimes the urge for something new hits and you just have to run with it.)

While I wanted to get another ebook out there before the year’s end, the new thing (called A Magic Life), has taken up most of my writing time.

I think the closest I’ve ever come to sharing my writing on The Juggling Writer is linking to the first nine chapters of my last novel, or mentioning the occasional short story.

I have a pile of things I want to blog about, but the new book has my attention. If I’m a bit quiet the rest of the year, you now know why…

June Mangione was born shortly after her mother was cut in half. Her first trick was an escape: slipping free from the soft grasp of her mother’s womb like handcuffs, untangling herself from umbilical chains—writhing and contorting as she made her way through the birth canal as though she were shedding a straight jacket—she kicked and fought until being delivered two months early into the hands of a waiting clown. Her arrival was a surprising appearance in a world where most things disappeared.

“She ain’t much bigger than a yam, Angie.”

“She? Is she breathing?”

The clown put his ear to June’s face. “Shit!” He rolled June over, cradling her in his large hands, the umbilical cord dangling between his fat fingers. He worked his pinky into June’s mouth, checking for blockage.

“I’m trying, Angie!” The clown rocked June back and forth in his hands, but she still wasn’t breathing. “Where’s the damn doctor?!”

Angie sat up and grabbed her leg. “Ow!”

“Leg cramp. Happened in the ring.” She reached out for June.

Moments before June’s arrival, her mother climbed into an illusion cabinet and was sawed in half by her husband before a crowd gathered beneath a circus tent on a hot summer day. The initial tinges of birth came shortly before the show, small contractions that let Angie know the baby was coming sooner than planned, but it was a performer’s job to go on no matter what. She had hid June well. She was still able to wear costumes without the crowd noticing from a distance that she carried with her more than just a smile and moves to redirect their attention, but it was clear to those in the know that a backup assistant would soon be needed. Angie could only dance, gesture, and contort into illusion cabinets so long before the weight of her husband’s regret grew too big inside her to remain concealed.

The cramps came as June’s father slid two blades on either side of the cut he’d just made with a large saw and separated each half of the box to show the audience that he had just cut his wife in half before their eyes. June’s mother felt the warm rush of amniotic fluid between her legs as the two pieces of the cabinet were rejoined and the blades removed. When the cabinet was opened and Angie’s husband offered his hand to help her out, she sat up in the cabinet and waved to the audience, smiling through the pain. It was enough proof  that she’d survived, and they burst into applause. Beneath the clapping, Angie said, “The baby’s coming.” She was wheeled away and taken back stage.

“She’s bleeding!” one of the aerialists said. She pointed to the mess spilling from between Angie’s legs.

“Angie, we need to take care of you,” the clown said.

“Not yet,” Angie said. She didn’t care that she was bleeding. “Let me hold her.”

“Angie, listen to Hank,” the aerialist said. “We need to stop the bleeding.”

“Give me my daughter.”

Hank the clown handed June to her mother. Angie lay back, cradling June to her chest. She cooed in a reassuring tone as she gently patted and rubbed June’s back. “Come on, honey. Breathe.”

Angie’s trembling hands traced the contours of June’s back. “Breathe.”

“We need to help her,” Angie said.

Hank looked at the ground. “There’s nothing more we can do.”

Angie shook her head and pulled June closer. She kissed the top of June’s head and whispered something to her; then she closed her eyes, exhaled one last time, and loosened her hold on her daughter. Moments later, June’s first breath—a cry that could be heard all the way out to the audience—let the world know that a magic life had just begun.