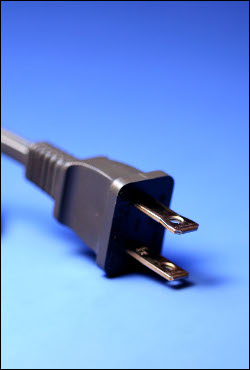 Ebooks – It started with a few short stories as a test and moved on to a novel. Want to read a short story about a goofy bulldog that eats everything it sees? Look no further. Ever wonder what would happen if you drank the juice from a Magic 8-Ball? Your answer is right here! Or maybe you want a story about an FBI agent on the verge of retiring and racing to solve a case that’s haunted him for years…maybe something with an old-timey circus? Got that covered, too!

Or maybe, just maybe…you’re thinking, “It’s been a busy, hot summer and I didn’t get to take that vacation I wanted. You know what would be cool–taking a road trip without leaving my home for less than the cost of a gallon of gas. If only someone decided to write a humorous coming-of-age story about a family traveling cross country in a possessed station wagon!”

It’s called Hell Comes with Wood Paneled Doors, and it can be yours for just $2.99.

(These ebooks are available on Barnesandnoble.com, too. If you’ve read anything you liked above, consider taking a moment to review it where they’re available or on your blog. I’m pretty friendly, too, and open to interviews.)

Newsletter – Maybe you like The Juggling Writer so much that you think, “I’d like a little something extra each month. Why doesn’t Christopher have a newsletter or something?”

I do, and signing up is easy.

And if you want a sneak peek at what the newsletter is like before signing up, check this out to see what you’re missing. (You can view past newsletters there, too.)

Podcast – Don’t want to buy Hell Comes with Wood Paneled Doors or put the effort into reading it? Maybe you’re thinking, “Hey, Chris–sounds groovy, but I like having my books read to me. (Preferably by the author.) And while $2.99 for an ebook is more than a fair price, I still like FREE!”

So there–I did it! A [somewhat] shameless plug!

Now that that’s over, check out some of these cool people below!

Mark Hosack – Super dad and all around nice guy. If you like over-the-top noir, check out the trailer below (NSFW)…and if it’s your thing, buy the movie.

Mark Finn – I have quite a few friends named Mark. When this Mark isn’t busy running the first theater in Texas to show 3D movies or serving as Toastmaster at ArmadilloCon this weekend, he writes things (particularly about Conan the Barbarian creator, Robert E. Howard). A badass among badasses!

Rick Klaw – Rick bought the first thing I ever wrote with the hope of publication. His essays on being a geek are here, and he recently contributed to Jeff VanderMeer’s beautiful Steampunk Bible.

Shawn Kupfer – I first became aware of Shawn’s writing when his book, 47 Echo, was mentioned on The Nerdist blog’s Writers You Might Like feature. Then, oddly enough, he not only moved to Texas, but he ended up working for the same company I work for…in the same department…on the same project! He’s one of the hardest working writers I know. I’m about to go to bed, but Shawn…the safe bet is he still has a couple more hours in him tonight…

Erik Lundy – Eric Lundy is a redneck Renaissance Man! When he’s not doing stand up comedy about growing up in Arkansas and Missouri (check the NSFW link below), he writes and draws things. If you’re in the mood for some FREE crime fiction all collected and ready to read, check this out. Erik’s currently busy celebrating National Sandwich Month.

John Picacio – I met John almost 20 years ago at a comic book convention. He is, by far, one of the kindest people you can hope to meet–and it’s no wonder why he’s won a World Fantasy Award and been nominated for the Hugo numerous times. (If he can finally win a Hugo next year in his hometown of San Antonio, that would be the coolest!)

Check out John’s blog for some incredible art–and there are few better ways to track the days of 2012 than by using this calendar! (Cover art right below.)

John Lucas – Joltin’ Johnny Lucas pencils and slings ink all over comic book pages. If everybody worked as hard as John we’d have world peace–because we’d all be too busy doing what we love to fight and do stupid things!

Shane Campos – If you like clean lines and color, you’ll dig Shane’s art. Coming up through the Texas independent comic book scene, Shane’s moved on to hip, commercial art you can even wear.

Ivan Chan – Ivan began finger painting a handful of years ago as a way to relax. While I prefer dogs to cats, Ivan’s enlightened cat art is great stuff!

Martin Thomas – Maybe you’ve always wondered who painted that famous image of Spider-Man? Maybe you’ve wondered, “What’s that guy up to, now? Damn, I even think it would be cool to hear what he sounds like!” Check out Martin’s animation on the only movie review site you need, Spill.com. (He voices Leon.)

Brian Denham – Best known for a run on Iron Man, Brian Denham’s another hard-working comic book artist living in Texas. While his site hasn’t been updated lately, if you follow him on Twitter you’ll get plenty of first looks at what he’s up to.

Whew! I planned to mention other friends (musicians and other talented people), but this is getting long and it’s getting late. I’ll finish the big list up soon, but I definitely wanted to mention a few regulars around here…

Friends of The Juggling Writer:

C.M. Stewart – While The Juggling Writer may not get tons of traffic, I’m cool with that because I’ve met some cool people–like CM Stewart–through this blog.  Her recent review of my ebook, Hell Comes with Wood Paneled Doors surprised even me with her observations, and I wrote the damn thing!

Paul Lamb – Paul Lamb has a blog that, for some reason, I love reading in the morning.  There’s something very relaxing about his views of writing that I always look forward to reading.  Especially in the morning. A great way to begin a day.

Lisa Eckstein – Lisa Eckstein does a great job discussing her experiences as a writer, while always making time to highlight other writers and writing information at the end of each blog post! It’s like a 3 for 1 deal…for FREE!

M.E. Anders – M.E. Anders divides her blog with a weekly writer interview, a discussion focused on her past, and a book, podcast, or movie review. I’m glad my 50-day social media break posts have inspired her to think about the way she uses social media.

Tammy Raabe Rao – Tammy Raabe Rao is a designer and photographer in the Boston area. When she’s not taking photos of circus performers (including jugglers!), she devotes her time to animal rescue programs (particularly guinea pigs).

Cynthia Griffith – Cynthia Griffith is a historical costumer and a very patient person (she married me, after all). She’s also a mighty fine artist and juggler, too! (One of Cynthia’s recent costumes in the video below.)

Anything you want to plug? Don’t be shy–mention it in the comments!