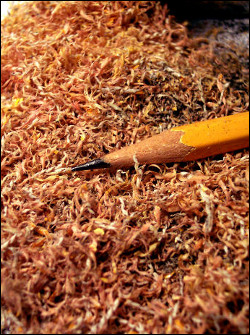 I don’t mind reading a manuscript yet again, marking it up with all the little things that make it flow better, but I can’t stand adding or removing commas and words. It reminds me of warehouse work or formatting technical manuals.

Entering edits is probably the reason some wealthy-enough writer back in the day decided, “Hey, I can pay somebody else to do this tedious crap and put that time toward actually WRITING!”

It’s Part of the Process

As much as I hate going through a manuscript for the umpteenth time, entering commas, moving quotation marks, and things like that…it means that I’m nearing the end.

As I work to finish formatting the first novel I ever wrote for an e-book, I want to drop the pages in somebody else’s lap and tell them to do it.

I’m tired of this story, even though I still love it. I’ve written it and rewritten it so many times…

I’ve recorded it as a podcast…

It was a screenplay…it was a graphic novel….

It was so many things that the final push–when shoved up against a very busy time at work–makes me want to just drop out of the race.

Writers enter all those annoying little edits at the end…

The Thing To Remember

When you reach the point where you’re doing a final polish on a manuscript, it means that no matter how far the end may seem, you’re almost done.

There’s no more changing the story around; you’re now just making sure that everything is in its place before the manuscript is ready to be read, published, or shared.

Because that’s what writer’s do.

If you’re finishing something that’s driving you nuts, know you’re not alone.

I’m right there with you, and I know how good it feels to cross the finish line with people who know the struggle.

So take a deep breath and know there’s a reward on the other side of that end.

As much as we may say we hate it, we will soon do it all over again…

Because that’s what writers do…