You are here: Home / Ebooks / Sick of Your Own Writing 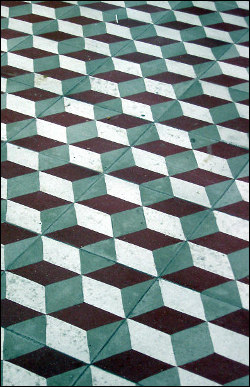 I have a little secret about the first novel I ever wrote: I’m really, really sick of it!

It started out as a screenplay, which was edited several times.

Then I used the screenplay as an outline for a novel, which was edited several times.

Then I recorded the novel and released it as a free podcast, which wasn’t edited several times, but still–I was more than familiar with the story.

Now I’m doing a polish on the novel so I can release it as an e-book next month.

When I’m done, I don’t intend to ever do anything with the story ever again. (Unless somebody wanted me to turn it into a graphic novel–I’d do that in a heartbeat. Or a musical! Every musical needs a possessed Chihuahua as a major character, right?)

Sick of Your Own Writing

When I say I’m sick of the first novel I wrote, I don’t mean I dislike it.

After a myriad readings in many formats, there are parts that still make me laugh out loud. There are parts that, for all its goofiness (it’s a humorous coming-of-age story about a family traveling cross country in a possessed station wagon), still tug at the heart strings a little.

I’m proud of the story in many ways.

The Loneliness of a Long Distance Writer

Haruki Murakami wrote a nifty little book about running and writing, drawing parallels between writing a novel and running marathons. (You can read my review of the book here.)

He says marathons are easier and take less out of him. In fact, part of the reasons he runs marathons is to keep his body strong so he’s fit enough to endure the damage he feels from wading through a novel and its many drafts.

I’m not as prone to melodrama as Murakami, but there does come a time when you feel like giving up after reading the same page out of hundreds for what feels like the thousandth time!

At the very least, it takes a certain tenacity to finish a novel.

Putting it in Perspective

Look at this word:

Stare at the word word long enough and word begins to not really look like a word at all–just some strange thing existing on a page misspelled and without meaning. (Wondering how something without meaning can be misspelled? Welcome to the world of writing and a taste of the madness!)

The word word is just one word.

Not just looking, but scrutinizing and sometimes even second guessing.

Imagine 100,000+ words, all beginning to look like glyphs without meaning. Your job is to shake the confusion from your head and make sense out of everything not just for yourself, but for others.

It’s not the easiest thing you’ll ever do.

I know more than a few writers who wonder why they do it at all.

For some it’s a compulsion; others an obsession.

Some writers approach it like an abusive relationship, swearing they’re leaving for real this time, but always coming back.

(I’ve discussed these feelings before.)

I write because I want to.

It may not always be fun, but it’s always satisfying.

Rewriting something bigger than most people will ever write for the fifth time may not make you happy when you’re thinking about all the new things you could be working on, but it’s always worth it.

I can’t think of one time that it wasn’t worth it.

So I’ll now end this entry and print another chapter of the book that feels like I’ve read a million and seventeen times.

Because I’m a writer, and that’s just one of the many repetitive things writers do.