You are here: Home / Miscellaneous / Monday Motivation: How to Stick to a Decision 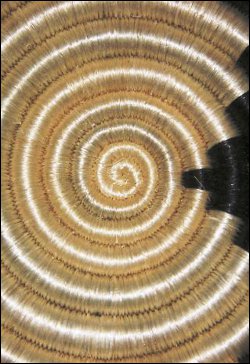 I started a new job a month ago.

I figured I’d like the job because I know somebody who’s been there for over 6 months and they like it (we have similar taste in what constitutes a good job). For me, it’s a gut feeling–you just know if a job is good or bad on an instinctual level.

Last week I got a call from a job I applied to before I even knew my current job was hiring.

This other job is 5 miles from home, instead of 20. It pays significantly more money, too. Logic says, “Interview and do all you can to make more money just down the road!”

But something else tells me not to.

The night before I got the call from this other potential job, I came up with a new writing schedule now that I’ve settled into my new job.

Overtime isn’t a common thing where I currently work. (The person who told me about my current job, in over 6 months there, hasn’t had to work overtime once.) Overtime was a common thing at my last job, and I didn’t write as much as I did at jobs that allowed me to go into a place, get my time in with no drama, and leave the job behind me each night and weekend when I left.

Sure, the potential job closer to home pays quite a bit more, but with higher pay usually comes longer hours. There’s a strong possibility the job that called me about the interview will end up with long hours.

My jobs have always been very important to me, and I always work hard, but I live to be with the people I love, write, juggle, and enjoy life–not work someplace I wouldn’t work if I didn’t need money.

I have a good job right now that allows a lot of benefits that I may or may not find at other jobs. With a new schedule writing I know I can count on, why would I take a risk on losing a good thing that allows me to stick to that schedule?

If you want to write, I think it’s important to at least put writing right up there with a job…maybe even ahead of your job in importance on some levels.

The people I know who put too many things before writing don’t write.

I think it’s easy to look at other things and wonder, “What if?”

I think it’s even easier when that other thing appears–at least on the surface–to be even better than something in your life right now.

It might be another job; it might be an idea for a new novel that seems more fun than what you’re working on right now, but if you get caught up in the what if spiral too long, it can be tough finding your way out.

If you’re in a room full of doors and you want to get out, instead of trying to think about what is and what can potentially be on the other side of the doors, it’s best to open a door and step through.

Make a choice and deal with what’s there when you face it; otherwise, you might find yourself trapped inside a room thinking about a list of “what ifs,” instead of actually doing something and getting things done.e

The best way to stick to a decision is to commit, and deal with things when they come your way.

Have you experienced some tough decisions that affected your writing?

If you ended up not writing as much due to a decision, what brought you back to writing?

If you chose writing over something else, was it worth it for you?