You are here: Home / Writing Tips / How To Know You’re A Good Writer 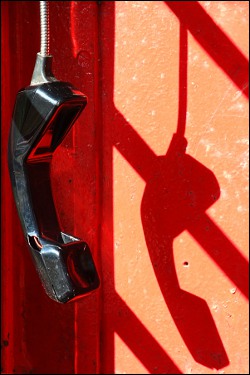 More than a couple times, I’ve heard a newer writer say, “I just want to submit my stuff and have somebody tell me I suck.”

Aside from the masochistic urge of being knocked, if you know you suck, you’re wasting everybody’s time submitting.

It’s Not About Being Validated

It feels good to hear, “You’re a good writer,” but if your worth as a person hinges on your writing being accepted, I have to think you’re in for some heartache.

If you have to ask if you’re a good enough writer to make it, you probably aren’t; you probably need to keep writing.

If you stay busy and do what you’re supposed to do as a writer, you’ll know you’re good without having to ask.

Here are five hints that you’re a good writer:

If you hear you’re good from people who have no other reason to tell you that you’re good (i.e., they don’t have to live with you moping around the house if they say, “This is a bit weak…”), you’re on the right track.

Step back and look at your writing.

Really look at your writing.

If somebody handed what you write to you, would you say, “This is good.”?

Do you think everything you write is good? If you do, chances are you’re kidding yourself. (Or you’re a rare genius.)

If you can look at your writing with objective eyes and see the good and bad, if you’re not already a good writer, you’re at least moving in the right direction.

Compare your work to the writers you aspire to. Can you hold your own with them?

Does the mere thought of comparing what you’re written to the writers you revere make you cringe a little? If so, keep writing!

I’m not saying that when you compare your writing to the best writers out there that you leave them in the dirt (because you probably don’t), but you should feel confident enough in your writing to see it on a shelf in a bookstore alongside other writers doing similar work.

If you feel you still have a way to go before feeling that confidence, keep writing.

Put your writing in the hands of people buying short stories, articles, novels, screenplays — anything that pays. (Okay, so short stories rarely pay, but you know what I mean.)

If you get nothing but rejections over a period of years, you probably need to keep honing your skills.

While submitting your work is subjective, part of making it as a writer is seeking out the right places for your writing, and if you don’t see some occasional success over the years — while it doesn’t always mean you’re not good (publishing is full of great writers who faced wall after wall of rejections) — it could be a good indicator that you still need to figure out a few more things.

You Don’t Have to Ask

Unless you’re kidding yourself, you’ll reach a day when you know you’re good.

Even if you’ve faced nothing but rejections that run along the lines of, “You’re talented, but this isn’t my thing,” you know people are recognizing your abilities as a writer.

Not making it big isn’t always an indication of whether or not you’re good; some people just don’t make it, despite their abilities.

Of course, there’s always room for growth; I think most of us — even if we meet great success as writers — will die feeling that we could have been even better.

But if you’ve heard you’re good from the right people; if you can step back and see the good and bad in what you do; if you deserve a spot on a shelf next to the people you aspire to be like; if you’ve met some success when submitting your work…you don’t have to ask if you’re a good writer or not because you have the confidence to say without any doubt, “Yes, I’m a good writer.”

So…are you a good writer?