You are here: Home / Miscellaneous / Having a Writing Backup Plan 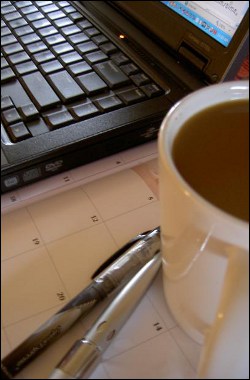 I’ve known writers who were bombarded with, “What’s your backup plan in case it fails?” when they made the leap to writing full time.

People who say, “You need a backup plan,” to writers are right — we all need backup plans…including people in day jobs.

The funny thing — most people with day jobs don’t have a backup plan.

They don’t save; they don’t seek out their own insurance; they don’t have a plan for what they’ll do if a layoff comes along (other than worrying).

But the same people are often quick to tell creative people how they need to be prepared in case their creative endeavor fails.

Writing Isn’t Stable (But What Is These Days?)

Writing isn’t the most stable profession a person can pick, and having a backup plan should you start writing full time and it doesn’t work out is wise.

I’m currently freelancing, but I still spend time each week setting things up in case I have to return to a day job. I also believed in having a backup plan when I had a day job (mainly based on savings and writing).

I was laid off from the longest job I ever had a year ago this week. Because I had savings, I was able to spend most of 2010 looking for jobs I actually wanted, and spending time writing. I was able to make a leap from working for others to working for myself. I was able to enjoy 2010 more than any other year I can remember because I know layoffs happen and I had a backup plan all along: writing! (I do some of my best writing in the months following a layoff.)

The days of most jobs looking out for you are gone. Your boss probably doesn’t really know what you do, so how can you expect her to look out for your best interests? Be prepared for that day your boss finds you in the bathroom and tells you to come to the conference room when you’re done so he can give you your walking papers. (That’s how it happened to me — seriously!)