You are here: Home / agents / Words You Shouldn’t Use in a Writing Pitch 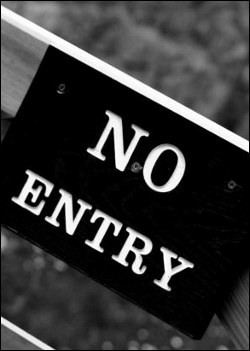 Yesterday while working out, I listened to a podcast about business and work.

Those little lead-in lines stripped away all confidence from what the guy was saying.

Last summer, I attended a writer’s conference. I chatted with a lot of other writers, and we naturally asked about each others’ writing.

I was amazed by how many writers used words that immediately took the edge off off everything they worked so hard for.

I think we’d all do well to eliminate these words from pitches:

Basically is a horrible word I hear at work, at writing conferences, and even out in public. When you use it while promoting your writing, you immediately sell yourself short.

If I say my podcast is

“Basically a humorous coming-of-age story about a family traveling cross country in a possessed station wagon,”

“My podcast is a humorous coming-of-age story about a family traveling cross country in a possessed station wagon.”

It may not seem like much, but the difference between leading with basically and is turns out to be huge.

In the first example, I’m saying it’s essentially something, but not stating it is something. (While we’re at it, avoid essentially, too!)

I’m dyslexic. When I speak on the fly, sometimes I pause. I even get a little self conscious about it, wondering if the person listening thinks I’m slow-witted as I work to put words in order in my head before I speak.

But a pause is still better than using the crutch word like to fill in the gap.

Like instantly makes you sound like teenager from the 80s — not something you want to sound like when pitching your book to an agent or editor.

This isn’t going to win you any points:

“And, like, my book is basically about a vampire who, like, struggles with not wanting to feed on the woman he loves,”

Some people add “ya know” to the end of sentences.

Consider what this says to an editor:

“And then such-and-such happens to so-and-so, ya know?”

No, they don’t know — that is why they’re listening to your pitch!

It’s your job as a writer to succinctly tell them all they need to know in order to get them interested in reading what you’ve written.

I don’t know why whatnot has become a thing in the past decade, but it has.

When coupled with a pitch, it makes you sound like you can’t master description — not a good thing when you’re a writer.

“And so yeah, then the protagonist basically decides to do something about her fear and whatnot.”

Whatnot implies there’s something more to be said.

It makes it sound like you haven’t completed your thought.

More than that, it’s a lazy word that makes your statement sound like it’s in need of Viagra.

Similar to like, uhm and uh are usually used to fill in a pause.

“Uhm…my book is essentially about a man discovering, uh…who he is in the face of, uh..fear.”

It makes you sound like you’re lazy and don’t care enough to practice.

Paradigm, synergy, leveraging; thinking outside the box, attacking low-hanging fruit, getting things done down and dirty.

Why Does It Matter?

Speaking well matters for writers because more than ever, writers are expected to promote themselves.

In a face-to-face pitch, you want an agent or editor to hear only things that matter about your story. You don’t want them to take interest and then have the interest deflate because you add whatnot to the end of every third sentence, or get caught up in filling pauses with crutch words.

What Can You Do?

Join Toastmasters. (While good feedback may vary, many clubs are visited by professional speakers who will help you. If nothing else, Toastmasters will beat every uhm… and uh… out of you. Trust me!)

Ask people if there’s anything about the way you talk that bothers them. If enough people bring something up, work to change one thing at a time.

More than anything, be aware of the way you speak. Most of us talk faster than we need to — especially when sharing information.

A pitch to an agent or editor is nothing more than sharing something you know with somebody who knows nothing about it. Slowing down to give the listener time to process what you’re saying is always appreciated, and when you slow down, you’re less likely to rely on words that take away your confidence.