You are here: Home / Inspiration / When Getting Published Was Hard 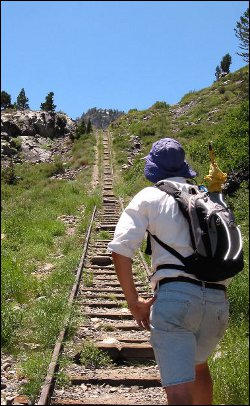 With the rise of self publishing, I’ve heard many people over the years say,

“When it was harder to get published, it weeded people out.”

True, writers have more options than ever to get their work out there, but I still wouldn’t say it’s easy.

Still, any industry based on gatekeepers and trying to control people is an industry destined to crumble. Some published authors loved that there wasn’t as much competition in the past. I’ve seen authors I respect — even today — say something needs to be done so fewer books are published; so those published have a better chance at making a living.

I’m not a fan of trying to control the market through exclusion. And even though anybody can publish an e-book, it’s still not easy; people are still being weeded out.

Writing a novel is hard work — technology and new opportunities haven’t changed that. While it’s easier to self publish your own work, it’s still hard to be seen by enough people to support yourself through writing.

But some things never change: the trek to the top may take years — even decades — but if you sit down each time you write with the goal of getting better and you’re not afraid to listen to feedback, you will improve.

Whether you’re published by traditional means or do it yourself, if you have the fortitude to climb to the top, you deserve to enjoy the view as much as anybody.