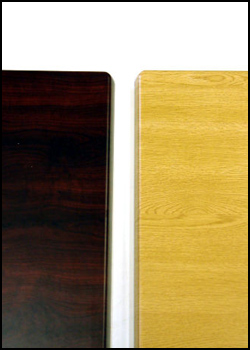 There’s a Charles Dickens book — I can’t remember which one, maybe Hard Times or Tale of Two Cities — in which he describes a table.

Maybe I wasn’t into the book at the time, or maybe my memory is failing, but it was a very tedious description of a table that made me think, “Well, he was paid by the word…”

As to the adjective, when in doubt, strike it out.
– Mark Twain

I’m not afraid to admit that when it comes to descriptions in writing, I’m typically sparse. In my most recent novel, there’s not even a description of the main character. (I tend to do that with main characters in stories, though, because I like letting the reader decide what they look like.)

If I write, “The old barn looked like it could be brought down with a shove,” most people will see a decaying red or brown barn somewhere in the country.

I don’t need to describe the wood, the surroundings, the peeling paint, the birds that live in the rafters, the mice that live on the ground, the decayed hay bales and other debris contained within, the effort that went into raising the barn, the weather that chipped away at the barn, or the rusty nails sticking out, just waiting to destroy the flannel shirt of a passerby.

No matter how much time I spend trying to describe a typical old barn, the reader will see an old barn from their memories — not mine.

I’m not saying descriptions don’t matter — they do! But it’s a writer’s job to give the reader just enough of a description that their memories fill in the blanks.

To pull off short descriptions, I play a game while driving. As things pass by while I move along a road, I imagine how I’d describe the things I see in a story. There’s typically not enough time to devote more than a line or two before trying to figure out how to describe the next thing I see.

If it’s a route I’ve taken before, I try describing the things I see each time in different ways.

Usually, the faster I drive, the better the descriptions.

This week, try the driving description game. Try describing everything that passes by as you drive, so you don’t have much time to devote to one thing.

Some of your descriptions may seem boring; some may seem like a stretch, but as you condition yourself to describe everything you see in an instant, you’ll find there are times you just might surprise yourself by how much more you can say in one line than an entire paragraph or page.