You are here: Home / Inspiration / Stuck in a Rut: Revisit 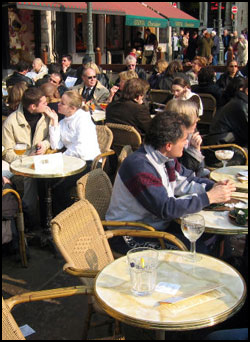 While most of us began writing totally alone, it didn’t take long to begin sharing what we wrote with others.

I started showing my writing to a couple close friends. Once they liked what they read, I had the confidence to show my writing to more people.

Soon, I had a large group of people I could always depend on for feedback, friendship, and writing support.

Since many of us were taking our first steps as writers, every time we got together, the air seemed filled with energy because we all talked about our new love.

Naturally, time passes and I don’t see some of the people who helped fan the flames of writing early on. Some have moved away, some are too busy to get together, and some have just drifted apart.

After not seeing some of the people who were there in the beginning, I got in touch with them. And just like old times, we talked about when we first started writing and the air was filled with that old energy!

With seemingly half the planet on Facebook, it’s not too hard to track down old friends. Some of your current friends are probably still in touch with some of your old writing friends — ask them to help put you in touch.

Maybe the old friends have moved on from writing, but I’ve found that getting in touch even with old friends who no longer pursue their creative dreams rekindles that early spark as you chat about old times.

Even if your old friends aren’t still at it, they probably won’t be surprised that you are; in fact, with the benefit of years to reflect on times past, these old friends will probably talk about how they knew you always had that extra drive that separates those who make it from those who don’t.

It’s always nice getting together with old friends, but it’s even better when you walk away re-energized and ready to get back to writing like you did when you first started!