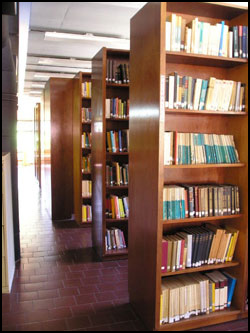 While I’m very opinionated, I rarely espouse my beliefs on The Juggling Writer.

“Where they burn books, they will ultimately burn people.”
– Heinrich Heine

It’s banned books week, a week when all those evil, foul, and corruptible texts about gay penguins and other things get the attention of more than just the log-dumb individuals who work all year to ban them.

It’s a week when sane people are reminded we walk among neo-conservative Christian zealots who want to tell us all about the evils of witchcraft and atheism in our school system.

It’s an election year, and this loud minority has further splintered the Republican party and moved it another step closer to a party synonymous with theocracy.

I’m not a Republican, but have friends who are. I feel bad that their party catered to the fear and ignorance of individuals who have hijacked a party and faith much in the way Islamists have hijacked Islam.

You may think I’m not being fair, but one of the darlings of the Tea Party–a group that claims to be about freedom–is Sarah Palin.

How soon many forget that Palin, on at least two occasions, approached the librarian in Wasilla, AK to ask about banning books. Palin asked the librarian at a meeting “if she would object to censorship even if people were circling the library in protest about a book.” (More here.)

When the librarian said she’d defend books from being banned, Palin fired her! (It was only due to public outcry that she got her job back.)

Some may say this is old news, but it shows there are still politicians out there–politicians who are receiving the attention of the media and radical voters–who have a history of trying to censor things.

It hasn’t been all that long since Palin quit her job as governor for piles of money and fame.

While I don’t think she stands a chance of being elected to the highest office in the country, the Senate or House may not be out of reach. The rise of politicians of this ilk should be seen as an affront to anybody who cherishes the freedom to read what they want.

As long as people like this run for office, we need more than just one week each year to spotlight banned and challenged books.

Take a look at this list–I’m guessing many books you cherish are there.

Fortunately, it’s been a long time since we’ve seen a book banned by the United States government. Even with radical politicians on the right calling for a return to the “Good Ol’ Days” when the government did ban books, I don’t think it could ever happen again. Still, the mentality is there, and books are being challenged and still banned at the municipal level.

I used to work in a library. The few requests for books being pulled were handled with stern tact by a very calm, but strong woman. Most librarians, as quiet as they may seem–as politically conservative as they may be–are staunch defenders of the right for people to read what they want.

What I saw every week working the desk at a fairly large library were families of all sorts sharing in a love of reading.

There were many regulars, including a conservative mother who loved talking politics with me. (Notice I said talking — not spewing; fortunately, the radicals are still a minority.) There was one family who had a son who insisted others go before them in line so I could check them out (I let the kid sit on the front desk and mark all his books with the return dates, instead of doing it myself). There was a very poor couple who read more books than any other patrons; when they brought their granddaughter into the library, she was as excited as a kid at a carnival.

My favorite thing about working at the library: when kids came to the desk to reserve books. (Many of the books they reserved are still on the banned and challenged list.) It wasn’t just that the kids were reserving a book they couldn’t wait to read–it was the whole interaction and transaction. They were learning how to deal with others, and there was a sense of responsibility and ownership in possessing a library card all their own. (I still remember how special I felt when I got my first library card.)

I worked in the library right around the release of Harry Potter and the Prisoner of Azkaban.

I can’t even begin telling you how excited kids got when I handed them the very book many would love to see banned.

When it comes to banning books, the rallying cry is usually “Think about the children!” as though a book is going to corrupt them.

Here’s a brief history of the kinds of books that had an effect on me growing up:

I had access to a series of books about nature, history, and societies. I was exposed to science, learned how good I had it, and I even saw tribal boobies. Effect: I knew there was a great big world out there and had a vague grasp of how it got there and how it worked.

I read many books on the banned/challenged list while in elementary school. Effect: A life-long love of reading and a better understanding of the world around me and how humans interact with each other (the good, bad, and everything in between).

I played Dungeons and Dragons. Effect: I had an outlet for my creativity and I learned how to use my imagination to make up stories (I was–of course–a dungeon master more than a player).

I read adult fiction full of broken relationships and other stuff some would say I needed to not read. Effect: I didn’t want to be the characters in those books; I wanted one, strong relationship (and I’ve had it for over 18 years).

Books made me a better person!

I’m sure there are some who would say I’m an exception, but I’m not.

The vast majority of my friends, for close to a couple decades, have been in healthy, long-term relationships. They have healthy, stable children. And just like the houses where they grew up, their bookcases are filled with many of the books others would have banned.

I think the greatest travesty when something is called to be banned is the torches and pitchforks mob at the gate (or circling the library) usually hasn’t even read the books they are demanding be taken away from the rest of us!

This is the kind of zealotry that gives rise to organizations like the Taliban.

The Nazis burned books…and then they burned people.

Whether you like a book or not, to call for its banning is one of the most un-American things you can do.

Just because you think a book contains acts of violence, sex, or stories that ruin the very foundation of family doesn’t mean others see in that book something else.

There’s a very popular book out there containing 1199 acts of violence and cruelty, 218 references to sex, and 389 references to some pretty twisted family values.  It’s also very misogynistic!

Yet billions of people not only love the book–they say it’s given them a reason to live!

The book doesn’t do anything for me, but you know what? I’d go down fighting to keep it–or any other book–from being banned!