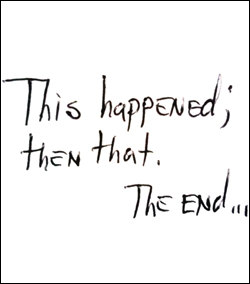 Before tackling the first adult novel I remember reading, John Irving’s The World According to Garp (Modern Library)

(affiliate link), the first adult fiction of any kind I remember reading was James Thurber’s short stories,  “The Secret Life of Walter Mitty,” and “The Catbird Seat.”

I read them because they were available, and they were short.

Also in the bookcase was a collection of John Cheever short stories. I didn’t read them all, but I wanted to read the books my mom, sister, and stepfather read that were in the bookcases in our house. The shorter introduction to more serious fiction was the perfect segue to bigger things (which consisted of John Irving, Stephen King, Richard Adams, and Robert Pirsig at the time).

I love reading short stories, and I love writing them.

I recently saw Cal Morgan of Fifty-Two Stories (among many other things), speak at the Writers’ League of Texas Agents Conference. Since then, I’ve been catching up on short stories on the site.

Some of my other favorite places for very short writing (some of which aren’t short stories, but still…they tell a story, sometimes, better than something much longer):

@veryshortstory – One of my favorite writers online.

@hellobigfoot – Not necessarily stories, but Bigfoot’s Twitter feed puts some funny stories in my head!

Unhappy Hipsters Blog – You may not agree with me, but one of the best writers online!

Ballard Street – Some of Amerongen’s strips say so much with so little.