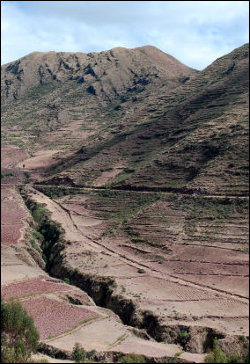 “What we want is a story that starts with an earthquake and builds to a climax.”
– Samuel Goldwyn

In recent months, I’ve come across more than a few books beginning with descriptions about the weather. Bad descriptions about the weather, at that; just shy of, “It was still dark and chilly outside, before the coming of another cool dawn,” and “He thought about how cold it was in the fading darkness of dawn, pulling his coat tight because it was chilly enough to see his breath in the frigid air.”

Granted, I’m exaggerating, but not by much.

Edward Bulwer-Lytton’s “It was a dark and stormy night,” opening is so well known for its purple prose that it’s inspired an annual writing contest for horrible first lines.

Unless the weather is destroying something important, it’s a weak way to begin a story. Unless there’s a clown with a knife at the foot of the bed, or something as equally shocking, starting a story with a character waking up puts most people to sleep. And unless a portal is about to open up and suck a character into another world, beginning a story with a character thinking about the errands they have to run will only make me think about the errands I need to run and put your story down.

One of the most basic rules in fiction and non-fiction is the hook, that first line that pulls the reader in. Yet it’s a rule often ignored; writers, instead, opting for slow starts.

While Samuel Goldwyn was known for being a bit extreme, his advice is solid — It’s important to start off big and end even bigger.

How do you plan to shake up your writing this week?