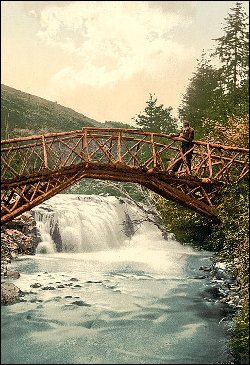 “How vain it is to sit down to write when you have not stood up to live.”
– Henry David Thoreau

While a writer doesn’t have to pack it all up and move to a cabin in the middle of nowhere or travel to the far ends of the planet, it helps to have some interesting stories to pull from.

Sure, most people haven’t almost died on a battlefield, but most of us have experienced something that showed us how quickly life can end — how precious life can be.

Maybe you haven’t traveled deep into rain forests, climbed mountains, or sailed around Cape Horn, but something as simple as seeing parts of your home state most people ignore, or going to a bar and listening to the way people talk and hearing the stories they tell…that matters.

With 24-hour news stations, the Internet, books, and other ways of seeing the world through the eyes of others, I think it’s possible to write good stories while never leaving the comforts of home. But there’s so much more to a passage inspired by something you’ve experienced, rather than something you’ve only read about and imagined.

I can’t imagine Hunter S. Thompson’s writing having the same effect had he imagined it instead of lived it. Robert E. Howard’s boxing stories would have lacked something had he never laced up the gloves himself.

There’s something genuine about writing that comes from somebody who’s lived life, even if the life they live isn’t the life they write about.

There’s a reason so many writers find success later in life: they’ve lived long enough to be convincing.

To write convincing stories, you have to be able to pull from something you’ve experienced in your life.

In order to do this, you have to have lived!

“‘In the time of your life — live!’ That time is short and it doesn’t return again. It is slipping away while I write this and while you read it, and the monosyllable of the clock is loss, Loss, loss, unless you devote your heart to its opposition.”
– Tennessee Williams