You are here: Home / Books / Can Technology Save Storytelling? 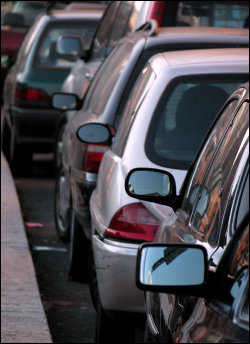 I have a very busy friend — he’s the Assistant Vice President of Application Architecture for a large company. Almost every morning, he’s up early for a run in his neighborhood or on his stationary bike. He has two young daughters who keep him very busy. He’s not the kind of father who puts work and other things before family, so they get a lot of his time.

This friend has many hobbies, and he finds time for them. He’s very active at church. He finds time to relax.

He has more things going on in his life than most people I know — he juggles all he has going on very well.

Obviously, somebody so busy doesn’t have time to read, right?

I hear a lot of people not as busy as this friend say they don’t have time to read.

“There’s just not enough time in the day to take in stories.”

While my friend has always loved reading, there have been times he didn’t have time for stories, other than the occasional television show or a movie.

In recent years, though, this friend has been taking in more stories than even me.

How does he find time? What contributed to his return to taking in stories?

Technology and a busy lifestyle.

One thing you can be certain of: the way we consume content has definitely changed.

We used to tell stories around campfires. We used to paint stories on cave walls. We went to the theater. We read books. Along came the radio, and we listened to stories. We crowded movie theaters and watched stories on the big screen. Television came along, and then the Internet.

One thing that has never changed: people seek out stories.

Sure, the way we consume stories has changed, but we’ve never existed without stories.

My friend’s busy lifestyle contributed to him taking in more stories. I’m guessing he’s never read a short story in The New Yorker or Esquire, but his iPhone is full of podcasts, many of them focused on short fiction. For longer stories, there are also podcasts and audible.com. He sometimes listens to stories during his morning workout, and his commute to and from work isn’t spent listening to the same old song or talk on the radio — it’s spent listening to stories.

With e-book readers for his iPhone, when he gets a break during the day, he pulls up a book and reads.

From the time he wakes up to the time he goes to sleep, this busy friend works stories into the gaps.

As a writer, I can’t ignore technology. Yes, I love books. If the novel were to die tomorrow, I’d still write novels because it’s something I enjoy. But I can’t ignore all the other possible ways to write and tell stories.

This American Life, The Moth, and other story-based podcasts are loaded on my iPhone. While I prefer to read fiction (there’s something about reading fiction vs. listening to fiction for me), many people listen to fiction on their commutes. If I’m stuck in a long line or find myself with some extra time during my day, I have a library of e-books on my iPhone. There was a time I only read at night; now, despite being busier than I’ve ever been, I’m never without stories! And, consequently, I’m taking in more stories than ever.

There’s always been an effort to get kids reading; in part, because it’s an important part of their development, but it’s also an act of self preservation for publishing. Get a new generation reading, figure out how to keep them reading despite all the other distractions in their lives, and you have a large group to sell stories to.

One day, though, those kids will grow up to become busy adults who say they don’t have times for stories.

If my busy friend with two young daughters and a company that depends on him can find time for stories, anybody can. Granted, the way stories are consumed may be different, but with the leap from live storytelling to books, theater, radio, movies and television, people said the same things.

In my pocket, I can now carry a device that allows me to listen to stories, read books, watch theater, listen to radio, and watch movies and television.

As a writer, I need to realize that and adapt.