You are here: Home / The Juggling Writer / Copy Cats 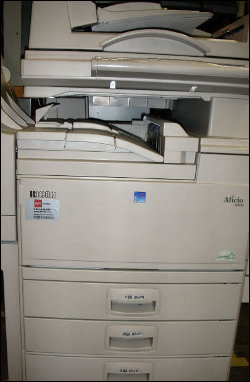 When I started writing, I broke away from the most common bit of writing advice: “Read as much as you can!”

I’d read enough throughout my life to know how stories worked. When I started writing stories, I didn’t want too much of the writers I looked up to showing up in my work.

So I stopped reading.

Not that I would have set out to mimic other writers I respected, but I didn’t even want the influence of their words hanging heavy in my mind.

When I started writing, I wanted my writing to be as me as it could be, even if “me” wasn’t very good.

I’m preparing for the Storyteller Ranch Friday Night MothUp later this month. The Moth, for those not familiar with it, is live storytelling. No notes, no props, just you, a microphone, and a crowd. The Dallas show I’m preparing for is affiliated with The Moth.

I’ve listened to The Moth podcast for awhile, but until I decided to get on stage and tell stories myself, I never looked on YouTube for Moth stories.

I can appreciate the craft in typical things, but, like most people, I want to dedicate my time to something that stands out. Given the choice of reading another tale of suburban breakup and healing, or something a little quirky around the edges, I’ll take quirky, please!

As I watched Moth stories on YouTube, Adam Wade stood out.

Obviously a nervous person, he doesn’t try to be something he’s not. While some would say, “Calm down, watch other storytellers, and develop a style” his nervousness is his style. And it’s taken Adam from working as a page for Conan O’Brien, to steady work at ESPN. It’s worked for him.

Still, I’m guessing there’s not much middle ground with Adam Wade. Most people probably love him or hate him.

I’ve always gravitated toward the writers people say, “You’ll either love or hate.”

I’ll read writers I’m not particularly fond of, but who are themselves, over writers who sound too much like other writers.

Why would I read somebody mimicking Vonnegut or Sedaris?

At a recent meeting of my writing group, one of the other two members said to me something along these lines: “You’ll never be as popular as you could be because your writing is definitely you.”

It wasn’t a cut down; we were talking about what readers as a whole tend to seek out.

Readers typically seek out writing they can count on. Readers know what to expect when they pick up a Janet Evanovich novel. I’ve had enough success writing to know I’m good enough to make some money and be treated seriously, but I refuse to budge on being a little quirky around the edges.

But while I’ve run into problems with that quirkiness, I believe it will eventually be what helps me as a writer.

With some luck, that quirkiness will become what I’m known for.

At the very least, people won’t pick up what I’ve written and say it sounds like I copied other writers.

I’ve always believed the most important thing writers can be are themselves.

I’ll admit that yes, many bestsellers are similar to other bestsellers. But many of the most iconic and revered writers aren’t similar. At some point, being themselves is what made many writers.

Mark Twain didn’t write what everybody else was writing at the time; Hunter S. Thompson is a “love him or hate him” writer if ever was one; Kurt Vonnegut made science fiction literary!

If you work hard and develop your own style instead of mimicking others, you have much better odds of lasting success by being you than trying to be somebody else.