You are here: Home / Miscellaneous / Looking Back 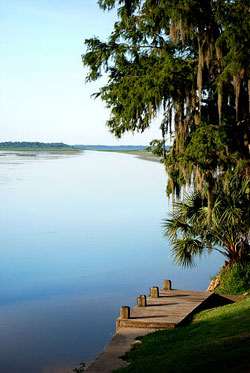 There are times I look back on my writing progress in recent years and feel like I haven’t done enough. I can come up with excuses; some of them are even valid:

Still, I tell myself and others that “Writers write!” and in recent years, I haven’t felt that productive. Oh, sure, there are many short stories, some articles, and progress on a novel, but I haven’t produced like I once did.

Yesterday at work, a co-worker saw me writing on lunch break. He asked why I wasn’t out with the co-workers I usually went to lunch with before I started writing again on lunch breaks. I told him that I felt bad that I haven’t finished the current novel. I told him I needed to get back into the habit of writing regularly.

When he heard that I’m working on my third novel, he asked me what the first two novels were about.

I told him that my first novel was a humorous coming of age story about a family traveling cross country in a possessed station wagon. I told him about the second novel (a paranormal mystery set in 20s Chicago), and how I shelved it when I was done because I really wanted to work on the current novel. I told him about the current novel, a story about a recently-divorced celebrity chef who moves to a small town in northern Wisconsin right as the most hated person in the tiny town goes missing.

When this co-worker wandered off and let me get back to writing, I thought about my progress in recent years:

That’s a completed novel every two and a half years or so. In that time, I’ve also written travel articles, magazine articles, and many other things.

Even through hard times, I write.

I may not write as much as I would have liked, but still — I produced when it mattered.

I know it’s very easy to get down on slow writing progress. If you’re going through hard times and knocking yourself about your lack of progress, look at what you’ve accomplished — not at what you haven’t accomplished.

In fact, you just might walk away from reflecting on your production feeling mighty damn proud of all you’ve done!