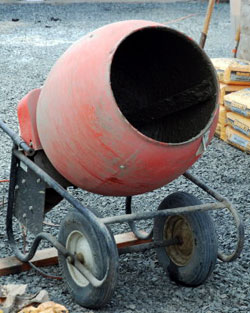 You probably spend the day working someplace where you wouldn’t be if you made a living writing full time. I’ve worked at my current job (editing and formatting airplane manuals) for almost five years. I like my job as much as I can like a day job. It’s the longest job I’ve ever held, but it’s not what I want to do for the rest of my life.

I used to jump from odd job to odd job.

Have you ever noticed how many writers — in their bios or in interviews — mention a long, sorted list of odd jobs they’ve held? (The writers who don’t have a laundry list resume seem to be either doctors or lawyers, like John Grisham or Khaled Hosseini.)

Whether a writer’s worked many jobs, or just one, examining the work history of most writers reveals a life of hard work. (Even if that “hard work” is working hard to avoid work to make time for writing!)

When I’m at my day job and wishing I were at home writing, I remind myself that working different jobs has made me a better writer.

Here’s a list of some of the things I’ve done and how they’ve helped my writing.

Delivering newspapers: When I was about ten years old, I delievered a free newspaper full of ads in my hometown. It wasn’t a bad job until the snow came; then I sank in snow drifts, and the bag dragged behind me, getting the papers wet. I began burying the papers behind my house in snowdrifts (talk about a mess come spring thaw!), delivering just enough papers to make it seem like I was completing my route.

I’m not proud of this: I made up stories about the houses that weren’t getting their papers. (Yes, I realize those “stories” are called lies, but I took great pleasure in making those lies full-blown stories.) The details I created and built upon were believable enough to convince a man almost five times my age that I was sincere.

Like I said, I’m not proud of telling lies, but I enjoyed coming up with stories about why some people weren’t getting their papers almost as much as I enjoyed thawing out after my long route.

Odd jobs of my youth: Growing up, I mowed yards, shoveled driveways, and helped clean up a local beach. I sold lemonade, washed cars, and swept floors. Most of these jobs were jobs I created, or things I did with friends.

I learned that it’s important to work hard for what you want, and if possible, try doing something where you are in control of what you do. Even better than a mug of hot chocolate after shoveling driveways during winter in northern Illinois is the satisfaction of pitching and selling an article that didn’t exist until you worked hard to make it happen.

There’s always work out there if you’re willing to create it.

I learned that at a young age.

It was the first real job I ever had.

I was a busboy, a dishwasher, and I cut fish.

The Catfish Hut was the first job I had where I worked around adults. I worked around adults who hated what they did. I saw a future I didn’t want, but that didn’t mean I looked down on the people around me. In fact, I worked with some very funny people. Characters, every one of them. Some were kind, some were mean; some were sad, one or two may have even been happy.

At the Catfish Hut, I saw that everybody has a story, especially the people everybody else  ignores.

Those are the characters that can make a good book great!

“That’s what the nurses get paid the big bucks for — these people will all be dead soon,” the head cook told me.

One of the residents was a one-legged World War One veteran (yes, WWI), who begged for sugar packets. At the end of his long life, all he wanted was a single teaspoon of real sugar for his coffee. One day, he told me if I helped him escape the home that he’d leave all his money to me.

When the current novel I’m working on is done, the next novel will be about a college graduate who springs an old veteran from a nursing home on the promise of money.

Manual Labor: I’ve loaded semi trailers, cleaned algae off boats, and framed houses. I’ve been a landscaper in the Texas heat, I’ve run a lathe in a factory, and I’ve stocked bricks for day laborers.

When you know how bad things can be, the worst times struggling to make it writing aren’t so bad after all.

I could go on and on, talking about writing lessons learned by selling encyclopedias door to door, working in group homes with mentally retarded adults, and making the body parts for collectible dolls. I learned about myself and writing working as a janitor in a church at night, checking books out to people at a town library, and a slew of kitchen and corporate office jobs.

I’ve done a lot of odd jobs in my time, and with each new job I learned that there’s nothing I’d rather do more than write!

Have an odd job and how it helped you with writing that you’d like to discuss?